Directed by Ilan Duran Cohen
Portrait of a pioneer of multiple religious belonging.

Jean-Marie Lustiger was born the son of Jewish Poles living in Paris in 1926. He and his sister were sent to stay with a Catholic woman in Orleans during the German occupation of France. At 13, he converted to Christianity and was baptized. Whereas his father survived the war, his mother died in Auschwitz in 1943.

As this film begins, Jean-Marie (Laurent Lucas) is an ambitious and charismatic priest. Only a year after he is appointed the bishop of Orleans, Pope John Paul II (Aurelien Recoing) in a surprise move makes him the Archbishop of Paris. When he is asked about being born Jewish, he affirms to the press that he is still a Jew and also a Christian. But in a meeting with the city's chief rabbi, he is told: "One is Christian or Jewish, not both."

Lustiger's father does attend his installation as archbishop but is still saddened by what he regards as his son's betrayal of Judaism. Jean-Marie tries to reconcile with him, but he does not give the old man the one thing he asks for; the Jewish priest refuses to say Kaddish for his father at his burial, fearing the uproar that might ensue. At this point in his life, Lustiger has become a chief advisor to the Pope who enjoys the pleasure of his company, takes him swimming, and shows him his new bullet-proof Popemobile.

Nicknamed "the bulldozer" for pushing through programs he truly believes in, Lustiger is made a cardinal in 1983. He tries to modernize the Catholic faith by making it more relevant to believers through radio broadcasts. But his inter-religious skills are put to the test when some Carmelite nuns set up a convent at Auschwitz, enraging Jewish religious leaders who consider the infamous death camp to be a Jewish cemetery. A negotiated settlement requiring the nuns to move quickly falls apart, and it takes all of the Jewish Cardinal's courage and creativity to convince the Pope to intervene.

Ilan Duran Cohen directs this sobering drama with a sensitivity to its clerical complications and its portrait of anti-Semitism in Poland and elsewhere. Laurent Lucas does an exceptional job in the lead role as a pioneer of a dual identity as a Jew and a Christian. The Jewish Cardinal sets the stage for our own age where multiple religious belonging is growing: Christians also identify themselves as Sufis and Jews as Buddhists.

Special features on the DVD include the short film: Kosher by director Isabelle Stead. 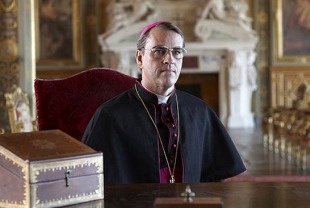 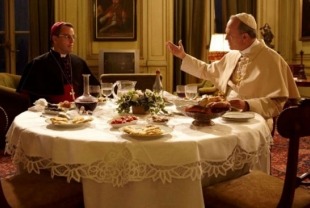 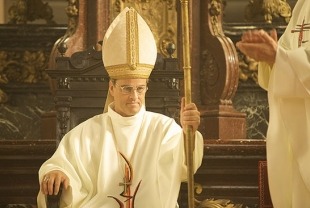