We Are the Best!

Directed by Lukas Moodysson
Three female teenagers trying to stick together in a world that is stacked against them in Stockholm, circa 1982.

Director Lukas Moodysson's Together is one of the best films ever made about the challenges of life in a commune; it probes the lives of a band of Swedish hippies and their children. In Lilya 4-Ever, he examines the shattered life of a trafficked child prostitute, and in Mammoth he presents a world of injustice and excess. His new film We Are the Best! is based on a graphic novel by his wife Coco about three adolescent girls in Stockholm, circa 1982, who are trying to make it together in a world where the odds are stacked against them.

Bobo (Mira Barkhammar) is the shy and intellectual one in their small circle. Klara (Mira Grosin) is the aggressive, talkative, and street savvy one. They both have trouble relating to their elders and are dismissed as freaks by their classmates. When they come up with the idea of starting a band, it is obvious that they need another member. Hedvig (Liv LeMoyne), whom Bobo has seen play guitar at a school talent show, joins the band mainly to escape the restrictions placed on her by zealous Christian parents; she's the only one with an ounce of musical talent. They get their chance to show their stuff at a community center Christmas concert.

There is an oddball energy to this trio's entry into the male Punk world — they see their arrival as being better late than never. Moodysson hits the mark with the attention and focus he gives to the solidarity and the ego flare ups as these teen rebels try on different versions of themselves while maintaining their androgynous look. We get a sense that Bobo's divorced mother (Anna Rydgren), Klara's clarinet-playing father (David Dencik), and Hedvig's righteous mother (Ann-Sofie Rase) don't have a clue as what to do about their daughters and their raucous descent into an underworld they find impossible to understand. But for the three girls, their experiences as punk rockers just might be their very own glory days. 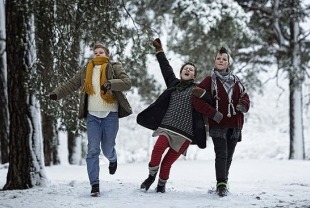 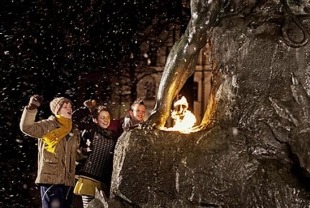 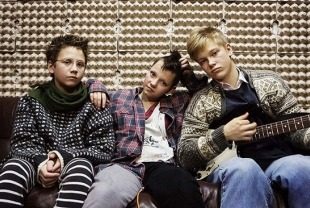 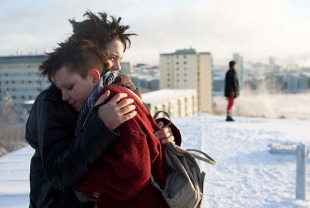