Directed by Agnieszka Holland
A sobering look at the battle between Soviet military overlords and a band of courageous freedom fighters.

Agnieszka Holland is a prolific Polish director and screenplay writer who has demonstrated a passion for making serious dramas. Among her creations are a riveting study of class consciousness, an absorbing religious tale about the Catholic church; a magical telling of the children's classic The Secret Garden, and an exploration of Beethoven's spiritual perceptions of his music.

In this ambitious four-hour miniseries made by the European wing of HBO, she paints a complex and highly ethical portrait of the 15-year Soviet occupation of Czechoslovakia with a special focus on the freedom fighter who set the rebellion in motion, along with some key figures who make a stand for what is right.

In the opening scene, Jan Palach, a Czech student sets himself on fire to protest the Soviet occupation of his country in January of 1969. The authorities try to act quickly to stifle copycat protests and to make sure that the campus crusaders do not pose a threat to their power. Jires (Ivan Trojan), a detective begins an investigation to see who else might have been involved. Four days after setting himself on fire, Palach dies and his funeral causes a large demonstration.

Things get complicated when Vilem Novy (Martin Huba) a Communist politician, speaks out against the dead student claiming that he was a pawn of enemy powers. Palach's elderly mother (Jaroslavka Pokorna), who is devastated by the loss of her son, decides to sue him for libel. Defense attorney Dagmar Buresova (Tatiana Pauhofova) and her energetic young assistant take the case even though she knows that it involves great risk and putting her two young daughters in danger. On the sidelines, Ondrej Travnicek (Vojtech Kotek), a fiery and angry student leader, tries to keep the fires stoked against the totalitarian regime.

Holland, who blends real history with spy thriller fictional elements, does an incredible job orchestrating the interlocking stories of Palach's mother and other son, the courageous lawyer, and the campus leader as they each make their special contribution to the end of the long and frightening reign of terror by Czech and Soviet authorities. It is scary watching the cruel and efficient work of state security agents as they harass Palach's mother and the defense attorney. They are even successful in getting friends and relatives to betray them. Most garish of all is when orders are given to dig up and cremate Palach's body since too many people are regularly visiting his grave. But in the end, this rebel with a cause was responsible for animating the Czech people to set themselves free from their oppressors.

Special features on the DVD include a stills gallery. 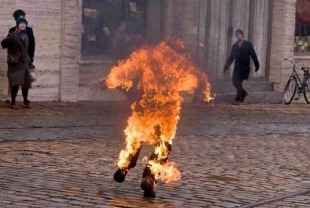 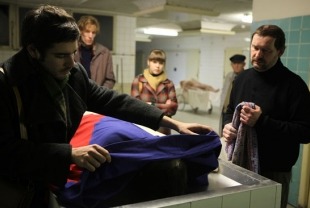 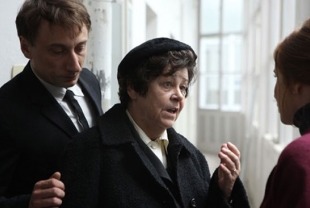 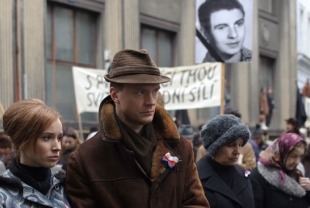