Directed by Jody Shapiro
A documentary about a Maine recluse who at 76 years of age makes public appearances as the icon of the Burt's Bees brand.

This documentary directed by Jody Shapiro presents the life and work of Burt Shavitz, the icon of the Burt's Bees brand. He started out keeping bees on his land in Maine and selling honey out of his truck. Then he met Roxan Quimby, a single mother and ambitious woman who became his business partner. Burt quips: "No one ever accused me of being ambitious." He's right. Roxan took hold of his honey operation and expanded Burt's Bees into a treasure trove of organic personal care products such as beeswax candles, shoe polish, and lip balm.

Given their divergent personalities, it was only a matter of time until Burt decided to let Quimby buy his share of the business which, by then, had relocated to North Carolina. In 2007, she sold Burt's Bees to the Clorox Company for $913 million.

Burt is now back in Maine where he lives in his original cabin without electricity. He loves his solitude: "A good day is when no one shows up and you don't have to go anywhere." But he does still make public appearances as the face on the Burt's Bees labels. In one busy trip to Taiwan, the 76-year-old celebrity is mobbed by hundreds of screaming fans at the airport. They have all come to see the bearded nonconformist who lives simply and has never really cared about being successful.

Burt reminisces about his lonely childhood as a pariah who lived apart from other kids his age. As a young man in the 1960s, he was a successful photojournalist in New York City where he took pictures of Malcolm X, Allen Ginsberg, John F. Kennedy, and others. But after years of doing this, Burt one day decided to leave New York for the country life. He didn't tell anyone.

It is a lark watching this hermit and maverick who has found his own way to contentment. Burt doesn't reveal many of his emotions except when he looks at pictures of the Golden Retriever who also is on some of the Burt's Bees labels. Although he has had other dogs, this one was very special to him. Tears are shed as he shares his memories of him. Eventually, Burt gets up from his chair and lights his wood stove to start another day.

Special features on the DVD include Burt Talks to the Bees, and shorts by Isabella Rossellini. 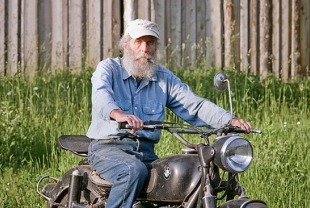 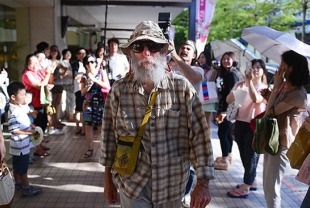 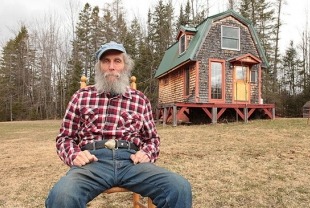