Directed by Paul Haggis
Three intimate dramas that test our beliefs and attitudes about trust.

We move through our days animated or decimated by trust in human relationships. This volatile human quality is important in a wide range of interactions from friendships to love affairs to chance encounters with someone who seems to be our soul mate. The other side of trust is betrayal, and we all carry the mark of Cain within us. Jeffrey A. Simpson writes: "Trust involves the juxtaposition of people's loftiest hopes and aspirations with their deepest worries and fears."

Third Person will appeal to those who have had trouble trusting people as well as those who have been stung by betrayal. Think of this three-part movie by Paul Haggis (Crash) as a workshop on the idea and the ideal of trust.

The first tale is set in Paris where Michael (Liam Neeson), a Pulitzer Prize-winning fiction writer, is having trouble finishing his latest book. Of course, it doesn't help his focus to have Anna (Olivia Wilde), his young love, constantly barging in on him for sex or advice (she aspires to be a writer). She's told Michael a lot of secrets about her unconventional life and wonders whether she can really trust him not to use them for his next book. Meanwhile, the novelist has ditched his wife Elaine (Kim Basinger) but still has feelings for her.

In the second drama, Scott (Adrian Brody) is an unethical American businessman who has come to Rome to steal designs from fashion houses. While having a drink in a shabby bar, he meets Monika (Moran Atias), a sexy woman who notices his leering looks at her and then draws him into her predicament. She claims that her eight-year old daughter has been kidnapped and is being held for a ransom. After having sex, Scott is hooked and gets some money together. Is the ugly American the target of a superbly executed con?

The third and final story revolves around Theresa (Maria Bello), Scott's ex-wife, a lawyer who is handling the case of Julia (Mila Kunis), an ex-soap opera actress who is trying to get the right to see her six-year-old son. Desperate for money, Julia has taken a job working as a maid in a hotel. Can her ex-husband Rick (James Franco) trust her to be with their son after what she did to him in the past?

Director Haggis wants us to have a fresh experience of trust on the screen so he has assembled a top-drawer cast and set the action in New York, Rome, and Paris. We were reminded of what J. M. Barrie wrote in Peter Pan: "All the world is made of faith and trust and pixie dust."

Special features on the DVD include commentary with Paul Haggis, Moran Atias, Laurence Bennett, Jo Francis and Michael Nozik; a Q&A with writer/director Paul Haggis; and the making of Third Person. 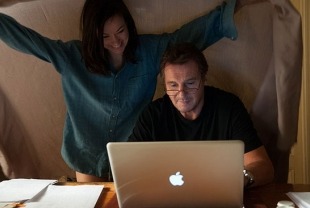 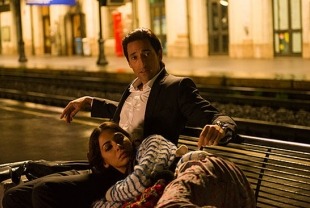 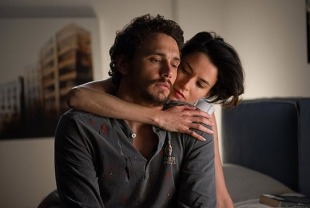 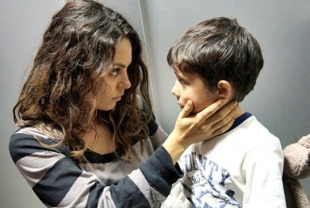