Directed by Bong Joon-Ho
A dystopian masterwork illustrating the moral rot of dividing the population into a winning class versus everybody else as poor scum of the earth.

A last-ditch attempt to deal with global warming has failed and the Second Ice Age has turned all the earth into a winter wonderland. But there is almost no one left to see it since everyone is dead except for several thousand humans who have boarded the Snowpiercer, a super-dupper train created and run by Wilford (Ed Harris). He's a philosophical billionaire who sees the world as divided into those in the winning class and the rest of humanity as losers. While the have-nots are confined to cage-like compartments in the last cars of the train, the haves ride in comfort in the luxurious front cars with exquisite party rooms, a swimming pool, an aquarium, and lavish sleeping carriages. While the train's poor passengers eat gelatinous protein blocks, the rich are treated to delicious cuisine.

As the Snowpiercer smashes through icy blocks of snow on the tracks which extend around the world, the down-and-outers in the back of the train begin to yearn for something better than their hellish existence. Curtis (Chris Evans), a fierce fighter and natural-born leader, turns to Gilliam (John Hurt), an elderly sage, for inspiration to rebel against those who have made their lives so miserable and so meaningless. He is also spurred on by the anger of Edgar (Jamie Bell), a young man who is devoted to him.

After moving ahead in the train and winning their first battle with Wilford's security forces, the rebels convince Namgoong Minsu (Song Kang-ho) to work with them. He is the security expert who knows the secrets of opening the doors to each section of the train. He's accompanied by his psychic teenage daughter Yona (Ko Ah-sung). For their co-operation, they are paid off with drugs.

While making their slow but steady advance, the rebels must fight Wilford's soldiers and deal with their prisoner, Mason (Tilda Swinton), a zealous believer in the reign of the rich over the despicable poor. All this serves as a prelude to a climactic meeting between the leader of the ragtag band of revolutionaries and Wilford, the philosopher-king.

South Korean director Bong Joon-ho has adapted this robust sci-fi parable from the 1982 graphic novel by authors Jacques Lob, Benjamin Legrand, and Jean-Marc Rochette. This riveting story possesses the same dramatic dynamite of District 9. Although there is too much unnecessary violence in the film, its creative treatment of class conflict makes it a powerful entry into the growing ranks of dystopian fiction. 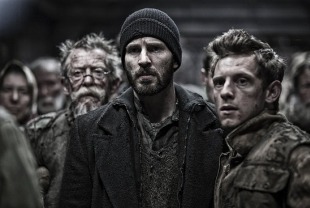 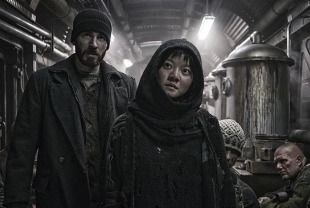 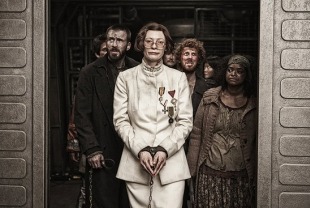 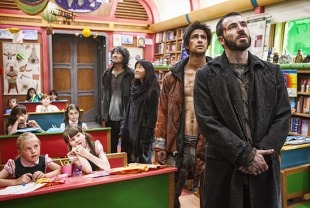