The hopes and dreams of homosexual couples wanting to marry in California was dealt a heavy blow in November of 2008 when Proposition 8 passed; this initiative saying that "only marriage between a man and a woman is valid or recognized in California." The American Foundation for Equal Rights immediately filed a federal lawsuit to challenge it. Filmmakers Ben Cotner and Ryan White spent five years shooting developments as AFER put together their case against 8. "This case played like a legal thriller," Cotner has stated, "being in the court rooms, hearing these testimonies. We're all pins and needles with knots in our stomachs."

The first surprise was when attorney Ted Olson, the most prominent conservative lawyer in the country, teamed up with David Boies in the fight for marriage equality. At the outset, many liberals thought he might sabotage the case while conservatives were astonished by his betrayal of their cause.

The second surprise is that all the hard work to find the right couples paid off when they selected Kris Perry and Sandy Stier from Berkeley and Paul Katami and Jeffrey Zarrillo from Burbank as plaintiffs in the lawsuit. They repeatedly make it clear that they cherish family values and are committed to the institution of marriage. Both of the women brought to their relationship two sons from prior heterosexual marriages. It is easy to identify with the nervousness and fears of these lesbian and gay couples during this long and heated legal battle.

Two final surprises work in favor of the Olson and Boies team when nearly all defense witnesses drop out after learning they would have to lay out exactly how gay marriage would harm the general populace. Even more stunning is when an expert from the defense side changes his testimony in favor of same sex marriage!

There is plenty of emotion in this documentary so be prepared to shed tears during the triumphant celebration of the Supreme Court ruling in favor of the fight for marriage equality and in the long awaited weddings of the two couples. 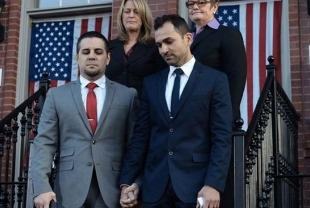 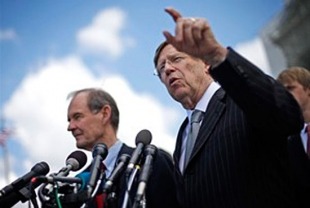 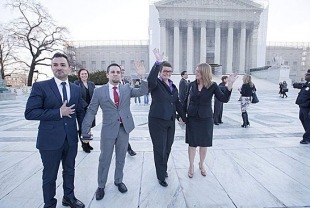