Directed by Aaron Katz, Martha Stephens
A wonderful and quirky film about two quite different seventy-somethings and their adventures during a trip to Iceland.

Mitch (Earl Lynn Nelson) is an immensely gregarious surgeon who has plenty of time and money to spare since his retirement. On a whim, he leaves Seattle where he lives alone and heads to Kentucky where his former brother-in-law Colin (Paul Eenhoorn) resides. Mitch is now divorced, and Colin's wife has died. The latter is a quiet and thoughtful Australian who works at a bank. A former French horn player, he has given up on his passion for music.

When Mitch offers him an all-expenses paid trip to Iceland, Colin initially says no but changes his mind. Traveling lightly, these two seventy-somethings arrive in Reykjavik and sample some of the exotic food served in first-class restaurants. Mitch tries his best to amuse Colin who seems to be in a bit of a funk about being single.

When the surgeon's cousin Ellen (Karrie Crouse) and her friend Janet (Elizabeth McKee) arrive in town, they decide to go out to dinner together. Because they have lost their baggage, Mitch gives them money to get some fancy and sexy clothes for their big night out. The two young women, both Ph.D candidates at Columbia, disappoint Mitch with their boring and mannish clothing selections. Things go from bad to worse when Ellen gets sick and throws up at a nightclub and must be carried back to the hotel.

The two old timers, back on their own, see the sights at a gigantic waterfall, a geyser, and black beaches. But when they get lost after wandering away from their room at night, Colin lashes out at Mitch's need to control everything that happens to them. The next day, the Australian goes for a solo walk while Mitch chats with a couple on their honeymoon; he flirts with the attractive woman and shocks them both with his dirty talk. Colin meets a black woman (Alice Olivia Clarke) who takes a shine to him, and they have what Mitch has dreamed about since they arrived in Iceland.

Writers and directors Martha Stephens and Aaron Kazt have made a very funny comedy about men, age, friends with different temperaments, and the dreams we invest in vacations. What most of us forget is that we take our problems, fears, and foibles with us on our travels. The idea of getting away from them all by leaving home is sheer folly.

Earl Lynn Nelson and Paul Eenhoorn give near perfect performances and enable us to empathize with their characters' failings and vulnerabilities. Mitchell, the pot-loving hedonist with a childish sense of humor, and Colin, the shy and diffident man who speaks only when necessary, win our hearts on their improvised journey through Iceland. Don't miss this wonderful little movie as it tries to make its way through the busy summertime harbor filled with so many heavily promoted sequels and big-budgeted vessels dominating the waterways. 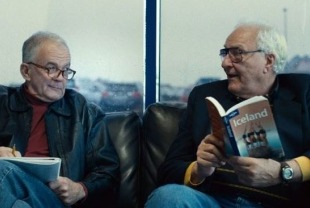 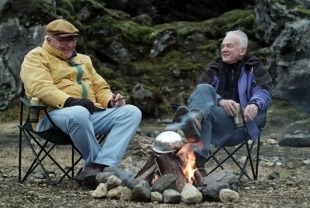 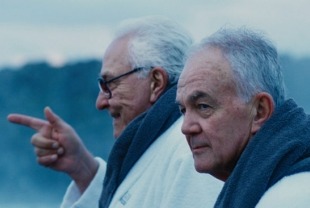