Directed by Mike Cahill
A spiritual movie about the eyes, science, reincarnation, and the great mysteries of life.

Dr. Ian Gray (Michael Pitt) is an intense and obsessed molecular biologist whose research is focused on the evolution of the eye. He has long been fascinated with these organs of vision and has taken hundreds of close-up pictures of human eyes showcasing the distinctive features of each. Whereas creationists argue that the eye is proof of intelligent design and the existence of God, Ian wants to prove that the eye has evolved through mutations over the centuries.

Ian is not immediately pleased when Karen (Brit Marling) a first-year med student, comes to work for him as his new lab assistant, but she quickly impresses him. She says that they need to find a non-seeing organism yet contains the necessary genetic materials to make an eye; they will then try to replicate the series of mutations leading to a complex eye. This "origin species" turns out to be a worm.

While Karen works long hours on this project, Ian is trying to track down Sofi (Astrid Berges-Frisbey), a beautiful young woman he met at a Halloween party; all he could see through her costume were her stunning eyes. They had sex in a bathroom but then she disappeared into the night.

Much to his shock and surprise, the benevolent universe, which religiously inclined people call fate or destiny, helps him find her through a series of lucky elevens — purchasing a lottery ticket in a 7-Eleven, getting $11.11 in change, seeing that the time is 11:11 and taking a number 11 bus — and, not surprisingly, an advertisement featuring her eyes.

Sofi is drawn to Ian as well and they are soon living together. But she does not understand his animosity toward religion and spiritual matters. Learning of his research, she warns him, "It is dangerous to play God." Whereas he wants to rid the world of mystery and live with facts, she is more interested in the spiritual meanings of love. She tells him that although he lives in a room of reality, it has a door to the other side.

Writer and director Mike Cahill has created a fascinating story that evolves over two decades as Ian's research takes him from New York to Boise, Idaho, to New Delhi, India. The drama asks us to ponder deep questions about faith, destiny, scientific truth, meaning, and the soul's journey after death. Michael Pitt, Brit Marling, and Astrid Berges-Frisbey create memorable characters able to capture all the subtle influences on a scientist's unusual spiritual journey. (Hint: Be sure to stay for the scenes after the film's closing credits.)

I Origin revolves around the science and the mystery of eyes. Here are some quotations and questions about these organs of vision.

Consider this by the Sufi seer and poet Rumi:

"The patron of your eyes is God,
Who is always alive and creating constantly."

Think about the transfer of energy as lovers gaze into each other's eyes. Here's how Will Johnson describes it in The Spiritual Practices of Rumi: Radical Techniques for Beholding the Divine:

"Gazing at the beloved is a practice of surrender in tandem, a bicycle to God built for two."

The poet Walt Whitman once commented:

"What is it that you express in your eyes? It seems to me more than all the words I have read in my life."

Here's an observation about eyes from Marilynne Robinson's novel Gilead:

"The twinkling of an eye. That is the most wonderful expression. I've thought from time to time it was the best thing in life, that little incandescence you see in people when the charm of a thing strikes them, or humor of it. 'The light of the eyes rejoiceth the heart.' That's a fact."

"In the area of Vancouver Island on which I live, the elders of the Cowichan tribe speak of the 'disease of the eye.' They describe this condition as what occurs when we're walking down the road and avert our gaze when we pass by other humans instead of looking them directly in the eye, acknowledging them as God's noble creatures, seeing them and being seen by them. This act of aversion is seen as a turning away from a moment of grace and, ultimately, constitutes a turning away not just from the other person, but from ourselves as well, for the blessings of holding the gaze of other humans cure the disease of the eye and leave us feeling whole."

Father Edward Hays refers to the eyes as "the prayer books of mystics." In Pray Always, he tells us to look around:

"Look around you! Our eyes are keyholes opening to a wonder world. With these twin gifts we peek out at the Divine Mystery which surrounds us in everything and everyone. Our two eyes are so small that they account for less than one percent of the weight of the human head, yet oh how marvelous they are! Marvelous indeed, yet how little we value them as instruments of prayer and union with God!"

And last but not least, one more bit of advice from Will Johnson who believes the eyes are windows of the soul:

"When we hold the gaze of another, we hold and cradle his or her soul." 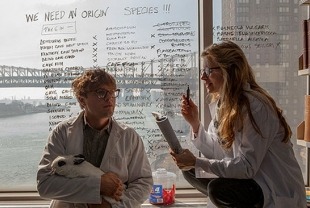 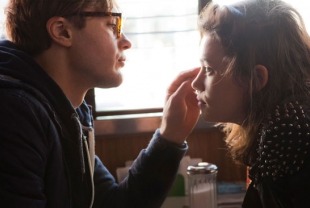 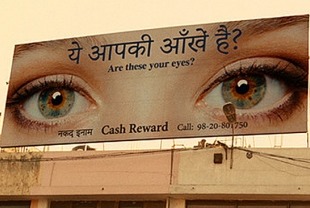 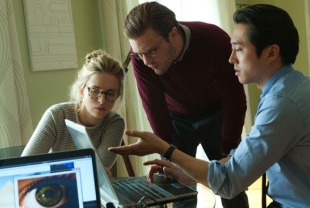