Directed by John Michael McDonagh
An impressive morality play about an Irish Catholic priest forced to suffer for the sins of others.

In the opening scene of this impressive morality play, Father James (Brendan Gleeson) is listening in the confessional. An angry man says that he was raped by another priest over the course of five years and now the church is going to pay for what it did to him. "There's no point in killing a bad priest," he states. "I'm going to kill you because you're innocent." He gives the priest a week to put his house in order before dying.

Although this Irish priest's parishioners attend mass on Sundays, the Catholic emphasis upon sin has filled them with guilt, anger, violence, disappointment, and depression. Father James finds it difficult to give helpful wisdom to them; the most he can do is listen to their laments.

Among their number are a butcher Jack (Chris O 'Dowd), whose wife Veronica (Orla O' Rourke) has betrayed him sexually; police inspector Stanton (Gary Lydon) who is carrying on with a male prostitute; a young man (Killian Scott) who is thinking of joining the army so he can vent his violent feelings resulting from having no sex; a long-lived American writer (M. Emmet Walsh) who is thinking of suicide; a wealthy and depressed financier (Dylan Moran) who is at the end of his rope; a doctor (Aidan Gillen) who is an atheist with a brutal edge; and a woman (Marie-Josee Croze) who is grieving the death of her husband. A visit to a child killer in prison reveals yet another person who seems incapable of true repentance or forgiveness.

Writer and director John Michael McDonagh has created a chilling parable about the compassionate ministry of a parish priest being forced to suffer for the sins of others on his own personal Calvary. Following his quirky and stunning performance as a cop trying to do his duty in tense times in The Guard, Brendan Gleeson puts in a poignant portrait of a tough-minded Irish priest who entered this calling late in life after his wife died. "You're too sharp for this parish," one villager says of him. But he doesn't feel that way, especially when his suicidal daughter Fiona (Kelly Reilly) shows up and needs to work with him on closure of their painful past.

This impressive spiritual drama has many magic moments and some deeply troubling ones. Perhaps the most telling is when the priest begins a conversation with a young girl walking to the beach. It is a perfectly harmless situation, but when the girl's father drives by, he orders her to get in the car and then he spews hatred for the priest as the stand-in for all Catholic priests who have abused children. At one point, the priest laments that the church has "too much talk of sins and not enough of virtues." So true and Cavalry reveals the high cost of such a misplaced emphasis. 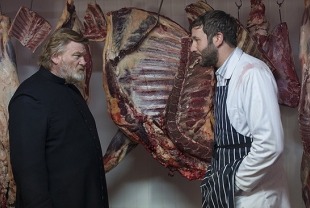 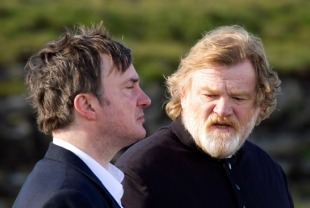 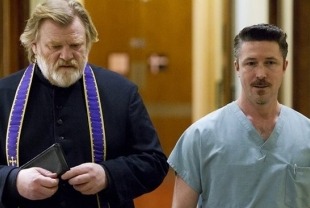 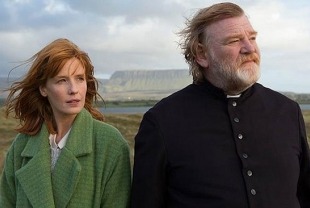