Directed by Alex Gibney
A poignant documentary about the great Nigerian singer and songwriter whose music speak out for justice.

In his 12th documentary in four years (including Mea Maxima Culpa about a horrific sex abuse scandal in Milwaukee, Wisconsin), Alex Gibney, the Oscar-winning director of Taxi to the Dark Side, demonstrates again that his subject matter is consistently thought-provoking and ethically charged. Finding Fela is a celebration of Nigerian singer and song-writer Fela Anikulapo Kuti. We see how this young man, who was raised in a cultured home and attended a Christian school where he sang in the choir, turned to jazz and then to the Afrobeat he made popular.

Gibney uses various clips and scenes from the 2009 Broadway musical Fela to provide insights into the complexity of this singer/songwriter who fearlessly spoke out against the corrupt, oppressive, and violent ruling regime in his homeland. They were responsible for murdering his 82-year-old mother by throwing her out a window during a raid.

Nearly everyone who comments on Fela's music points out how melodic and danceable it is. Paul McCartney finds the band awesome while another music commentator compares Fela to Bob Marley in terms of his global audience. Fela's American girlfriend, Sandra Izsadore, was responsible for introducing him to the Black Power Movement.

Gibney makes it clear that Fela's quest for justice and freedom was what made his music so compelling; this is evident in archival footage of his band's performances. This unconventional African artist contracted the HIV virus and died of AIDS in 1997. Some of his fans are still chanting "F-E-L-A: For Ever Lives Africa!" 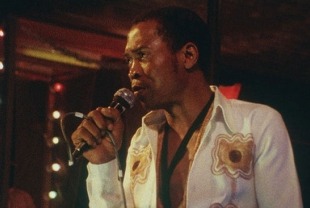 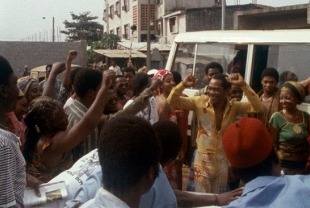 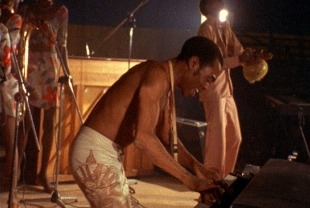