The Widow of Saint-Pierre

Directed by Patrice Leconte
Celebrates the compassion of a courageous couple who refuse to temper their ardent belief in mercy and justice.

In 1879, on the small French island of Saint-Pierre off the coast of Newfoundland, Neel Auguste (Emir Kusturica) and his friend carry a joke too far while they are drunk and murder a man. The friend dies in an accident on the way to prison. Neel is put into the custody of the Captain (Daniel Auteuil), a military officer whose wife Madame La (Juliette Binoche) is the most beautiful woman on the island. Kind-hearted and compassionate, she takes Neel on as her protégé, teaching him to read, work in the garden with her, and perform odd jobs for widows in the community.

Much to the dismay of the local authorities who sentenced Neel to death, no one seems too upset with the prisoner's free movement among them. He even finds a wife and is allowed to marry her. Finally, after many delays, a ship arrives from Martinique with a guillotine for the execution. Unable to find anyone in the community to serve as executioner, the island's governor and his inner circle convince a poverty-stricken immigrant to take the job. By this time, the Captain agrees with his wife that Neel should not be executed.

Patrice Leconte (The Girl on the Bridge) directs this compelling drama that speaks volumes about the inhumanity of the death penalty, especially since the man who is sentenced is rarely the same person by the time of the execution. The Captain and his wife are soulmates who refuse to temper their ardent belief in mercy and their vision of justice.

Daniel Auteuil shines as the idiosyncratic Captain who is fiercely devoted to his wife. He revels in his "outsider" status in the eyes of the governor and his cronies who take every opportunity they can to humiliate him. But it is Juliette Binoche who stands at the storm center of this drama as an unswerving idealist.

The Buddhist teacher Pema Chodron has written: "If we are willing to stand fully in our own shoes and never give up on ourselves, then we will be able to put ourselves in the shoes of others and never give up on them. True compassion does not come from wanting to help out those less fortunate than ourselves but from realizing our kinship with all beings." Madame La shows us the wonders compassion can achieve and the high cost of its courageous expression. 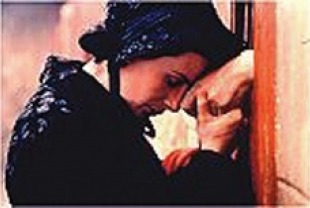