Rocks in My Pockets

Directed by Signe Baumane
A wild and weird animated feature about a Latvian grandmother who passes on her depression to others in the family circle.

You'll be reminded of the Myth of Sisyphus as you watch the opening scene in this animated story in which a girl pushes a gigantic rock up a hill. Of course, it comes loose and rolls back down the hill. You'll recall what you've learned about philosophy as you listen to writer and director Signe Baumane's narration of this film from Latvia, a little Baltic country that has been subjected to repeated humiliations by the Nazis and the Russians.

The narrator thinks that the depression she has experienced stems from the DNA of her grandmother Anna who was admired in her poor community for her beauty and intelligence. During the 1920s, the family goes against the times by sending Anna to school. But after leaving home, she succumbs to the charms of Indulis, an entrepreneur who marries her after she serves as his secretary. Soon Anna's depression surfaces as she realizes she has become nothing more than a baby-making machine. Her eight children appreciate the sacrifices she makes for them, such as hauling 40 buckets of water a day up a hill.

There aren't many movies around nowadays about mental illness and suicides. The Latvian-born and United States-based writer and director Signe Baumane has a special place in her heart for oppressed women who are ground down by poor choices or circumstances beyond their control. At one point, a depressed woman laments her plight saying, "My mind feels like a badly wired building." Kristian Sensini's music is a good complement to the voice-over and the many moods of the characters. 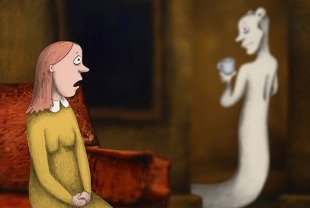 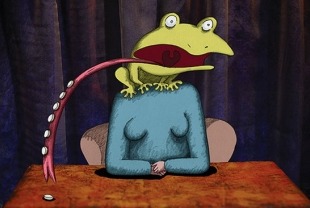 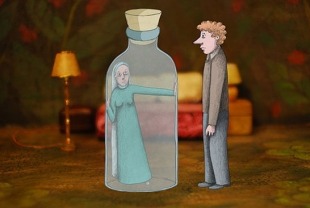 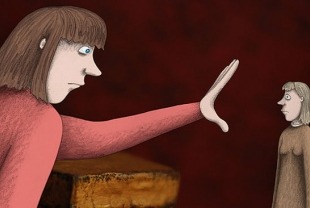 Purchase from Rocks in My Pockets