Directed by Pawel Pawlikowski
The spiritual education of a Polish novitiate nun and its impact on taking her vows.

Ida (Agata Trzebuchowka) has lived for all her 18 years in a Polish orphanage run by nuns and is preparing to take her vows. Then one day the Mother Superior informs her that she has a living relative and orders her to visit her in Lodz. Ida is mystified since she knows nothing about her family. The year is 1962.

Her aunt Wanda (Agata Kulesza) lives alone and is a state judge and Communist Party member. She is a worldly wise and aggressive woman in total contrast to Ida, who is a simple and sincere novitiate. Without any amenities, Wanda tells her niece that she will be "a Jewish nun" because her real name is Ida Lebenstein. Wanda is a Holocaust survivor and sexual hedonist; she tells Ida that she is the kind of woman — Mary Magdalene — Jesus spent time with.

Slowly Wanda, who smokes and drinks compulsively, confesses how close she was to Ida's mother. She wants to take Ida to the village where they grew up and find out what happened to the girl's parents. This tough woman suspects that they may have been killed by the Polish farmers who hid them from the Nazis.

But when they arrive in the rural area, no one wants to talk about the past that is filled with so many deaths at the hands of the Germans and so much hatred of Jews by the peasants. While Wanda dances the night away after a young jazz saxophonist Lis (Dawid Ogrodnik) invites her to a party, Ida lies in bed trying to figure out all the pieces of the puzzle which comprise the past. She doesn't have much luck.

In the opening section of the drama, Polish director Pawel Pawlikowski slows us down and puts us in sync with a world of silence and rituals. The black-and-white cinematography beautifully conveys the enormous differences between the embittered Wanda, whose quick temper and restlessness signal an emptiness inside, and the quiet and shy Ida, whose face radiates the faith burning in her heart.

At one time or another in our lives, we yearn to lose ourselves in something that transcends our ordinary and predictable lives. Sex and religion are two avenues for this experience, and youth often turn to one or the other. In his engrossing film My Summer of Love (2004), Pawlikowski explored how two girls deal with these intangibles. By the end of this intriguing film, Ida must make her choice whether or not to take her vows. Either way, we sense that the spiritual education she has gotten through her quest into the past and her close encounter with yearning will serve her well and last a lifetime. 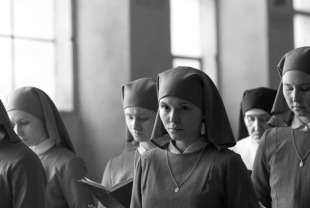 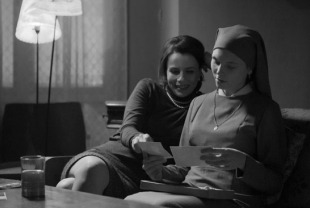 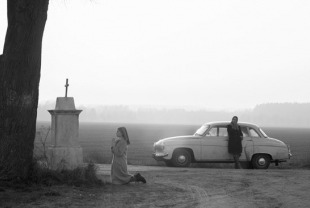 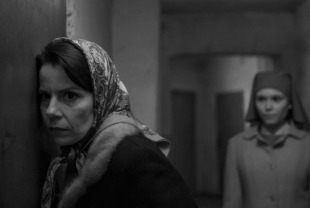