Directed by Israel Horovitz
A well-acted psychological drama revolving around a homeless American, an aged bohemian, and her angry daughter.

Mathias Gold (Kevin Kline) is a 57-year-old American who still hasn't gotten his act together. He has no job, no intimate relationships (three marriages failed), and is still grimacing from the pain of a father who didn't love or respect him. This homeless and helpless middle-ager has come to Paris to see and then to sell the apartment his father left him in his will.

Imagine the American's surprise when he discovers that Mathilde (Maggie Smith), a 90-year-old woman is living there with her middle-aged daughter, Chloe (Kristin Scott Thomas), who is a school teacher. It turns out the apartment is subject to an old Parisian real estate arrangement which means he cannot occupy or sell the apartment until the current occupant dies. And, to make things worse from his point of view, he is responsible for making a monthly payment to the tenant for her maintenance.

"He stuck it to me again," Mathias mutters in disgust when he realizes his father knew about this arrangement. With his expectations of making a fresh start in life with the money from the sale of the apartment now in jeopardy, he returns to drinking, an old addiction. He scrambles to get some cash to pay Mathilde by selling some of the apartment furniture. Meanwhile, the old lady tries to convince him not to feel so sad and defeated.

Israel Horovitz has written and directed this film based on his 1996 play. It is an intriguing psychological drama that reveals family secrets. The three lead characters are all challenged to take another, deeper look at their lives and the choices they have made. Kevin Kline is appropriately quirky as the middle-aged loser who doesn't have the energy to make the best out of a bad situation.

Maggie Smith is just right as the former bohemian who was given the apartment as a love nest by Mathias's father. She is still loyal to her lover even if his son sees him as a cold man with no heart.

Chloe starts off in anger hating Mathias and then through empathy begins to see how both of them suffered in similar ways as neglected children. Horovitz gets top-grade performances from the three actors and lets them all emerge from the shadows into the sustaining light of a new day. 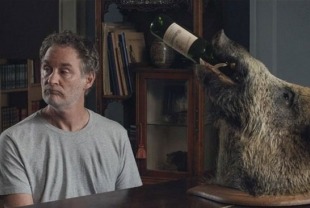 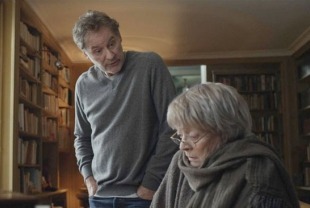 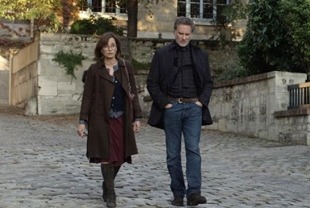