Directed by Various Directors
An Emmy Award-winning documentary series on the multifaceted consequences of climate change.

"The goal of Years of Living Dangerously is to galvanize a national conversation on the realities of climate change and inspire people to share their own stories and empower them to get involved in solutions. We're also implementing an engagement campaign that will extend this effort beyond the broadcast to encourage our global leaders in politics, business, and religion, as well as concerned citizens, to state where they stand on key climate issues and take action."
— David Gelber

This ambitious and creative nonfiction documentary television series consists of nine episodes and was produced by James Cameron, Jerry Weintraub, Arnold Schwarzenegger, and Daniel Abbasi. The brainchild of former 60 Minutes producers Joel Bach and David Gelber, the series boasts a strong circle of scientific experts (Heidi Culen, Joe Romm, Jim Hansen, Katherine Hayhoe, Michael Mann, Michael Oppenheimer and others) whose assessments of global warming are laid alongside the stories of real people who are suffering the consequences of this catastrophe all over the world. In a very smart move, the correspondents for each program are socially active actors and celebrities.

Years of Living Dangerously originally aired on Showtime cable from April - June 2014. It is now available on DVD and Amazon Instant Video. It received the 2014 Primetime Emmy Award for Outstanding Documentary or Nonfiction Series. Below is a review of the first episode, followed by brief summaries on the content of the other programs.

Themes: Deforestation, Greenhouse Gases, and Drought
Episode 1. "Dry Season" is divided into three sections beginning with Harrison Ford's investigation of the continuing problem of deforestation that is resulting in an increase in the world's greenhouse gasses. While in Indonesia, he discovers the political corruption connected with the slash-and-burning of trees to make room for more profitable palm trees.

Next, we join Don Cheadle in Plainview, Texas, where a severe drought over the past four years has forced the closure of the town's meat-packing plant. Many of the Evangelical citizens attending the 70 churches in the area believe that the drought is an act of God. Cheadle is impressed with Katharine Hayhoe, an expert on climate change who arrives in Plainview to discuss the subject from her perspective as both a scientist and an Evangelical Christian.

In the third section, The New York Times Pulitzer Prize-winning journalist Thomas J. Friedman takes a hard look at the terrible civil war in Syria and concludes that drought may have served as a major cause of this country's unrest and violence. Millions of people have lost their homes and are dogged by hunger and poverty.

This well-done episode is valuable in a number of ways. First, it provides solid explanations of the consequences of deforestation, greenhouse gases, and drought. Second, it enables us to identify with people who are on the scene experiencing these consequences. And, finally, it broadens the conversation by showing us how one problem can spawn many others.

Themes: Fires, Carbon Emissions & Work of Environmental Groups
Episode 2. "End of the Woods" follows Arnold Schwarznegger as he joins a team of firefighters in Western U.S. forests and learns about bark beatles that are killing trees with their toxic secretions. In another section, Harrison Ford tries to persuade Indonesian officials to change their ways. He tries the same approach with Unilver, a major user of palm oil. But Greenpeace and other environmental groups are the ones making a real and positive difference.

Themes: Extreme Weather, Scientists Around the World Share Their Findings
Episode 3: "The Surge" features Chris Hayes learning ways in which Superstorm Sandy affected towns and families. He probes how a Republican climate change skeptic had a change of heart. Meanwhile, M. Sanjayan talks with scientists around the world about global warming.

Themes: Global Warming in the Arctic and the Stampede to Develop Oil and Gas Reserves
Episode 4: "Ice & Brimstone" has Ian Somerhalder following Anna Jane Joyner as she tries to persuade Evangelical Christians to join the battle against global warming. Leslie Stahl journeys to Greenland to survey climate change and then meets with John Kerry, the U.S. Secretary of State, who calls upon elected officials to put forward a responsible energy policy.

Themes: Oil and Gas Companies Fight Wind and Solar Power, Fracking Increases
Episode 6: "Winds of Change" has America Ferrera looking at the battle between wind and solar power advocates and the efforts of oil and gas companies to impede their progress. Bittman discovers that extracting natural gas through fracking contributes to greenhouse gases, making fracked natural gas as dirty as burning coal.

Themes: Climate Change's Impact on Economics, Food Shortages, and Poverty
Episode 7: "Revolt, Rebuild, Renew" looks at the economic costs of global warming. Jessica Alba follows the Climate Corps fellows as they try to help companies improve profits through energy efficiency. Friedman examines the results of a spike in wheat prices in the Middle East. Hayes surveys the plight of the poor in any future hurricanes like Sandy.

Themes: Impact of Global Warming on Work, Large Migrations, and Health Care
Episode 8: "A Dangerous Future" finds Michael C. Hall in Bangladesh studying climate change and the displacement of large numbers of people; he ponders the idea that the U.S. should bear some responsibility for its pollution of the world. Matt Damon looks at the dangers of health emergencies during heat waves. Friedman tries to understand the scarcity of water in Yemen. 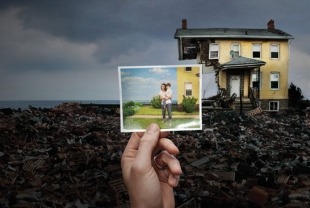 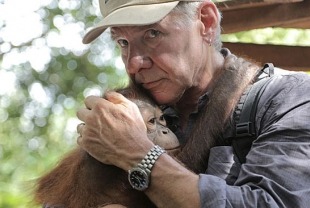 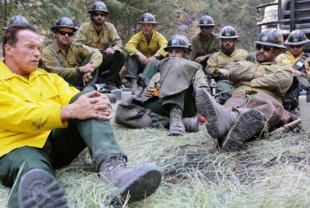 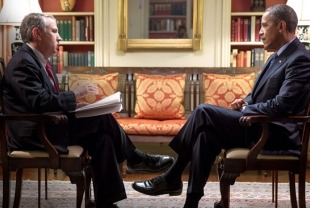