Directed by Joshua Tickell, Rebecca Harrell Tickell
A snappy, creative documentary on the end of the oil era and the start of a new era of alternative fuel.

Co-directors Joshua and Rebecca Harrell Tickell certainly have mastered the contemporary social issue documentary style that is visually bright, fast-paced, brilliantly edited, and animated by dramatic music. Aimed at a global audience, this film, narrated by Jason Bateman, features talking heads who are witty and clever instead of ponderous and heavy. They wisely make a case for solving the American energy crisis through alternative fuels of all kinds including ethanol, methanol, electric cars, and natural gas.

The Tickells begin with a snappy overview of America's love of cars and then surprise us with an example of how Big Oil has consistently sabotaged alternative fuels: John Rockefeller engineered Prohibition not to stop citizens from drinking but to prohibit Henry Ford's work on alcohol-fueled cars. Later, Big Oil pulls another dirty trick to end the electric trolley system and then to block ethanol just when it was finding more acceptance in America. Lobbyists and lots of money helped stop alternative fuel options over and over again.

The filmmakers worry about the new obsession for cars in China and India, and they pay tribute to Brazil's energy independence, but they quickly return to the USA with the message that the energy crisis can be solved right now by having cars run on non-petroleum fuels which are cleaner, cheaper, and more easily produced than gasoline.

In a very appealing and effective way, Pump laments the fact that car owners enjoy the freedom these vehicles offer them but when it comes down to what fuel they choose, they really have no freedom of choice. As the trailer says: it's "the movie that will change everything."

The Tickells not only salute freedom of choice they also celebrate the entrepreneurial spirit of indie service station owners, inventors of new fuel options, and those who have refined flex-fuel vehicles. Our oil addiction has led to wars, environmental destruction, global warming, and a continuing energy crisis. A new day is dawning, and car-owners are the beneficiaries. 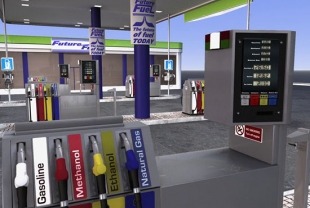 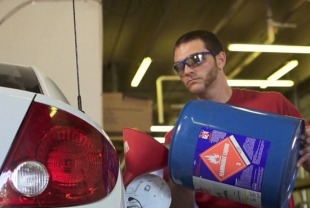 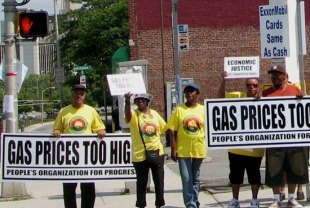 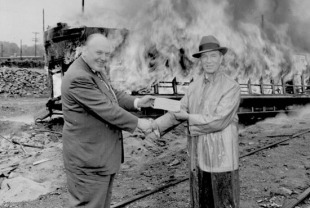