Directed by Anne Macksoud, John Ankele
By far, the best and most inspiring, enlightening, and creative social issue documentary on climate change.

"If you want an adventure, what a time to choose to be alive — to get a chance to find out what you have inside you in terms of vitality and alertness and courage — what you have to discover in terms of what we can do together. . . . You are born into this. And you are here to love it and see that it goes on."
— Joanna Macy

The Wisdom to Survive offers the most inspiring, enlightening, creative, and practical overview of the spiritual dimensions of climate change that we've seen. With rare clarity and depth of insight it reveals the challenges and the new possibilities that this ever-expanding tragedy bestows upon the sons and daughters of God. We are called to be co-creators and caretakers of the good Earth. All the major religions advise us to do no harm, to mend the bent and broken world, and to love our neighbors — humans, animals, plants, waters, soil and rocks — as ourselves. To do so, we are going to have to face climate change and all its ramifications.

We love it that this social issue documentary by John Ankele and Anne Macksoud begins with a salute to the beauty of all creation and ends with the bold words of Joanna Macy quoted above. The filmmakers know in their hearts that there is a deep connection between creativity and sacred activism to save the planet. That is why they have included poems by Wendell Berry and Rainer Maria Rilke in this 56-minute documentary.

Amy Seidl, an evolutionary biologist, notes: "Climate change is no longer a consequence of our industrialization; it is a crime against humanity." Biologist Roger Payne gives us specific examples: the slaughter of whales, the effect of water shortages on large groups of people, the melting of glaciers, the destruction of coral reefs, and the threat to the ocean plankton at the base of the oceanic food chain on which billions of people depend for protein. What we need, he adds, is a new story because the present one — the Earth was made for us and we can do what we want with it — is killing us.

James Gustave Speth, an environmental lawyer and advocate, points out that our political leaders have not only dropped the ball on this, they have hidden the ball. Capitalism, with its focus on profits and progress and greed, has failed us.

Biologist and Buddhist practitioner Stephanie Kaza talks about the importance of not turning away from the suffering caused by climate change. Only by being with what really is will we see the opportunities for our own action. From a Chinese scroll painting, she pulls a lesson about the "deep view" of the interdependence of all life and the imagination as the path to new possibilities.

The filmmakers hurrah the energy and curiosity of kids and the creativity of youth who are stirring things up with permaculture, alternative fuel options, and city gardens. They focus on the commitment to protect Mother Earth evident in Native American movements to protect their water rights. From activists in South Africa and India, we learn about the food justice movement and the importance of women farmers.

Bill McKibben, a religion writer, acknowledges that climate change is a complex problem because it is global and influenced by economics and politics. He hopes we can make the politics change as fast as the physics and chemistry are changing. He concludes: "I think we have a chance. The game is not yet over and the outcome is not yet clear. But it isn't going to happen automatically. The only hope is to build a big movement." McKibben's organization 350.org is the organizer of the People's Climate Change March happening in New York City on September 21, 2014. It is an example of how movements are converging: the environmental movement, the food justice movement, the women's movement, the LGBTQ movement, the animal rights movement, the conscious eldering movement, the interfaith movement, and many others.

And we end where we began — with beauty: Here is a final thought from McKibben:

"I'm always aware that the world around us is never going to be as beautiful and intact as it is now so I do everything I can to take pleasure in it. One of our jobs is clearly to bear witness to this beautiful world we were given and to understand that it is never going to be quite as glorious again, so we had better pay attention." 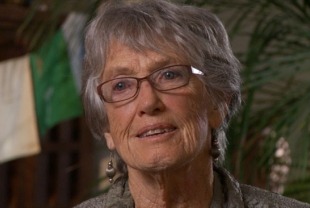 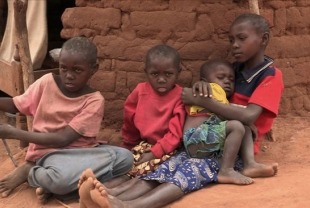 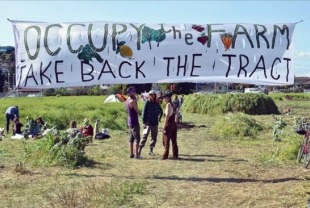