Directed by Ethan Hawke
A cogent and exquisite documentary about Seymour Bernstein, a classical pianist who has spent decades passing on his wisdom to his students.

It is a privilege and a rare treat to meet individuals who love what they do with such passion and enthusiasm that it shines in their faces and radiates through their very being. Such is the case of classical pianist Seymour Bernstein, who is beautifully profiled in this cogent documentary directed by Ethan Hawke. They met at a dinner party in Manhattan and discovered that they shared a fear of stage fright. It turns out that even though Bernstein had earned rave reviews during his performance career, when he turned 50, he decided to spend the rest of his life teaching and composing. He tells Michael Kilmmelman, a New York Times writer and one of his former students, that he was also turned off by the commercial side of music-making.

Bernstein has lived in the same New York studio apartment for 57 years. He treasures solitude but it is evident in his interactions with his students that he finds it immensely rewarding to pass on his love of music, stories about Beethoven and Schubert, and the importance of breathing and posture in playing the piano. This skilled teacher also possesses a keen sense of humor. For instance, he tells a student who has just overcome a problem: "You're not allowed to play better than I do."

Bernstein delivers large dollops of wisdom and doesn't spend much time in this documentary talking about his personal life. He breaks into tears recalling his army service and mentions, in passing, that he did not have a great relationship with his father. Listening to him play bits from music he has composed, we sense the beauty he finds in gentleness.

Andrew Harvey, a friend, talks with Bernstein about spirituality and passion and the pianist admits that "the real essence of who we are resides in our talent." Near the end of this up-close and personal portrait of the classical pianist, we see and hear him performing a private concert — the first one in 35 years. It provides a lovely finale to Ethan Hawke's exquisite debut as a documentary filmmaker.

Special features on the DVD include Seymour Bernstein in Concert. 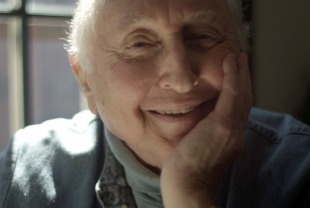 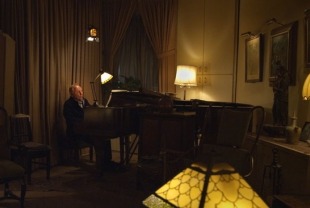 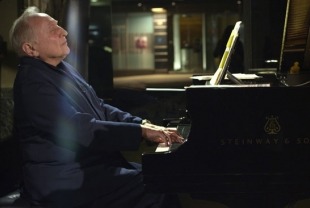