Directed by Jean-Luc Godard
The elder filmmaker's take on our world of separations and alienation.

Turn it, Round & Round
Watching Jean-Luc Godard's 43rd film, we recalled the interpretive process recommended by the Jewish sage Ben Bag Bag who said of Biblical exegesis, "Turn it, turn it, round and round . . . In it all things can be found."

Smartphones & Google
At 83 years of age, the playful Godard still has plenty of spunk left in him as he surveys our crazy and mystifying world where language has failed us. On the other hand, turning that around, we realize we have failed language with the arrival of smartphones and Google. We don't talk to each other like we used to talk — gazing into each other's eyes. We don't ask each other for much information; we just Google.

One More Interruption
When we do manage to begin to connect, there is one interruption after another. Our dialogue is diced and sliced and rambles off into oblivion. Our lives are diminished by these diversions which further separate us from each other.

Goodbye to Genuine Presence & Deep Listening
Goodbye to genuine presence and deep listening. Somehow they got lost in shouting and the strutting of Hitler and the controlling machinations of other states since him.

Movies Flicker in our Heads & Blasts of Music Assault Our Ears
The Snows of Kilimanjaro, Dr. Jekyll and Mr. Hyde, The Chase and other movies — just try to figure out their significance. Then blasts of music by Beethoven, Sibelius, and Tchaikovsky assault our ears. "There must be some way out of here," said the joker to the thief. "There’s too much confusion, I can’t get no relief." Right on! Bob Dylan nailed it in "All Along the Watchtower."

A Man, A Woman, Nudity, Sex and Alienation
This is a familiar scenario in Godard films of yesteryear. But the language of love has also reached a dead-end. We wind up in the bathroom with the man defecating. Everywhere Godard looks it all comes down to sadness and separation.

"Soon Everyone Will Need an Interpreter to Understand the Words from Their Own Mouth."
Now there's a line from this film that deserves to simmer in our consciousness. Turn it around, let it abound.

Long Live Dogs!
The canine star in Farewell to Language is Godard's own dog. Watch what he does and then take heart. Here are other wise observations about dogs.

"A dog can never tell you what she knows from the smells of the world, but you know, watching her, that you know almost nothing."
— Mary Oliver quoted in Creating the Imaginative Life by Michael Jones

"I have learned more from my dog than from all the great books I have read."
— Gary Spencer quoted in Rummaging for God by Melannie Svoboda

"Having a good dog is the closest some of us will ever come to knowing the direct love of a mother, or God."
— Anne Lamott in Plan B: Further Thoughts on Faith

"The Rev. Henry Ward Beecher said: 'Happy would it be for thousands of people if they could stand at last before the Judgment Seat and say "I have loved as truly and I have lived as decently as my dog." ' "
— Judy Carman in Peace to All Beings 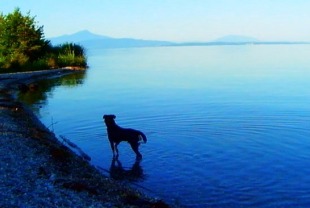 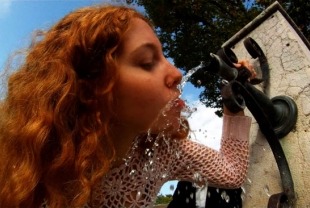 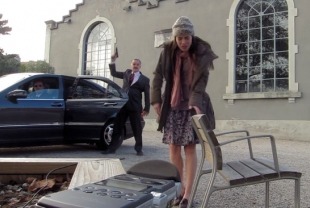 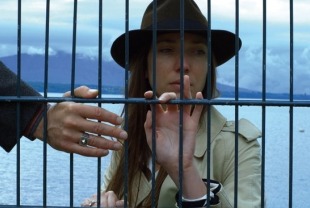