This chilling French mystery is based on a 1964 tale by Belgian novelist Georges Simenon. The entire movie rests on a question posed by Esther (Stephanie Cleau), the wife of a pharmacist, to Julien (Mathieu Amalric), a married man with a daughter, as they take a break after having sex in a blue hotel room. "If I were suddenly free, could you free yourself too?" It is a piercing question which cuts through to the soul of this farm machinery rep; he is caught up in a tangled web of guilt and sexual pleasure.

What is the nature of his relationship with his wife (Lea Drucker)? Things are not going well between them. In a revealing scene at the beach they playfully dunk each other in the water but then Julien aggressively holds her head under and she comes up gasping for air.

The Blue Room then jumps ahead in time as Julien is being questioned by the authorities for murder. Now the roles have been reversed and he is gasping for air under the scrutiny of a judge, a psychiatrist, and two cops. One of these says: "You say no other woman brought you the fullness of physical love." Although Esther and Julien met only eight times for their sexual adventures, the passion fueling this tryst is powerful enough to change their lives completely.

This is the fourth film directed by the popular French film star Mathieu Amalric, and it offers a creative take on the shadow sides of those who engage in adultery. The fluid movement of the story from present to future and then to the past offers us a chance to see how little things such as Esther's taste for blood can take on greater meaning as the investigation into their affair precedes. 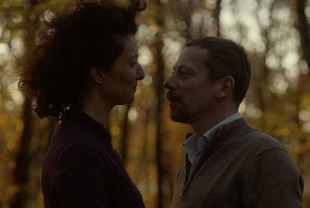 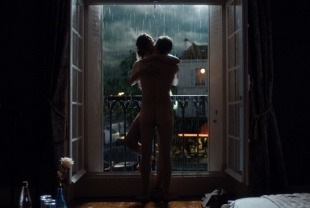 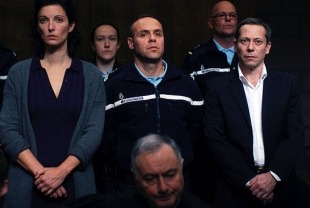