Directed by Abderrahmane Sissako
A spiritually powerful critique of Islamic fundamentalism and the havoc it causes in Timbuktu in 2012.

In 2012, Islamic fundamentalists have gotten the upper hand in the city of Timbuktu in northern Mali. In the opening scene of the film, they use traditional wooden African statues for target practice. These men with AK-47s are coming from foreign countries to set up rule under strict sharia law. The townsfolk learn that there is to be no smoking, no drinking, no music, no public gatherings, and no football; women must cover hands and feet with gloves and socks. In another telling scene, when a mother refuses to let her daughter be married off to a stranger, he states unequivocally that then he will have to take her by force.

The people of Timbuktu are saddened by the harshness of these bans and the severity of the punishments handed out. A woman singer is given 40 lashes for making music. A couple are buried up to their heads and then stoned to death. When a band of these militants march into the mosque with their guns, the local imam (Adel Mahmoud Cherif) orders them to leave.

Even though they adhere to a puritanical code of beliefs, these Islamic fundamentalists use modern technology to advance their cause. In a brief scene, a young boy who used to be a rapper is coached on how to effectively use a video to convince others to convert to militant Islam.

Abderrahmane Sissako is a masterful African filmmaker with deep respect for human beings even when they make foolish choices and terrible mistakes. Almost all of his movies advocate diversity and speak out against hatred and intolerance. Sissako focuses our attention on a herdsman Kidane (Ibrahim Ahmed), his beautiful wife Satima (Toulou Kiki), their 12 year-old daughter Layla Walet Mohamed (Toulou Kiki), and Issan (Mehdi A. G. Mohamed), an orphan who takes care of their eight cows.

When the family's favorite cow breaks away from the pack and rips up the nets of a local fisherman, he kills the animal. Kidane decides to take matters into his own hands and arrives packing a pistol. In a fight with the fisherman, the gun goes off and the fisherman is killed. Kidane is taken into custody and accepts the sentence of death. The only one who escapes the wrath and judgment of the jihadists is Zabou (Kettley Noel),a wild woman who comes across as the holy fool in the community. 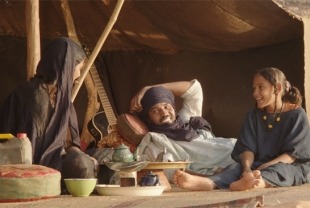 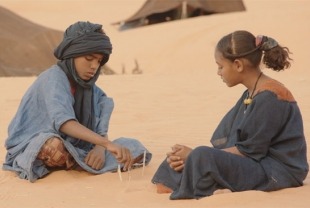 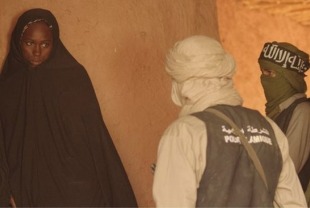 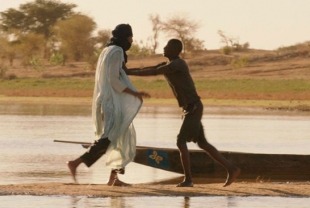