Directed by Gabe Polsky
A crowd-pleasing documentary about the adventures of the Soviet national ice-hockey team.

Gabe Polansky has made an entertaining and crowd-pleasing documentary about the adventures of the Soviet national ice-hockey team, talented players whose winning streak spanned nearly 40 years. The Red Army team was created during the Cold War in the 1950s as part of the Soviet propaganda machine touting Communism as the best political path for all nations.

The legendary coach Anatoly Tarasov emphasized teamwork over individual razzle-dazzle and even compared the sport to chess. The major figure in this documentary is Vyachaslav Fetisov who gives accounts of ice hockey, friendships, and feuds among the players. The Red Army team and their fans were shocked when they lost to a team of American players at the 1980s Olympics in Lake Placid. A new authoritarian coach was hired and he reorganized the team, earning the ire of all the players. Fetisov recalls how he was not allowed to visit his dying father.

The last section of Red Army depicts how the lure of big money and global fame drew many Soviet ice-hockey players to the ranks of the NHL. Fetisov recounts his experiences playing with the New Jersey Devils and the Detroit Red Wings. Today there are 34 Russian players in the NHL and they have changed the game thanks to their special training and style. Fetisov is still going strong as a mover and shaker in the Russian hockey world.

Special features on the DVD include a commentary with Gabe Polsky and Werner Herzog; Toronto International Film Festival Q&A with director Gabe Polsky/ 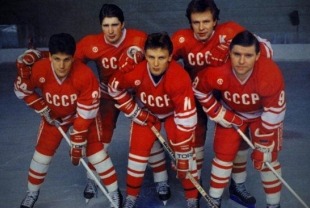 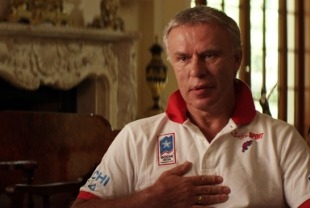 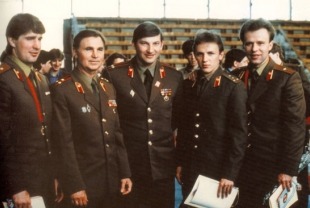