Directed by Jean-Pierre Dardenne, Luc Dardenne
A triumphant drama by the Dardenne brothers about a heroine who demonstrates grace under pressure.

Poverty and unemployment ravage the hopes and dreams of millions of people around the world. It puts them in a prison of fear, disappointment, and depression. Sandra (Marion Cotillard) has been working at a local solar-panel factory while her husband Manu (Fabrizio Rongione) is a low paid kitchen worker. With two children, they have just managed to get into public housing and off welfare. She has a history of depression, given their constant state of anxiety.

Now they learn that the company she works for is going to downsize and her job will be eliminated. The decision was made by a vote of her co-workers who chose 14 to 2 to keep their annual bonuses and not to save her job. A wave of emotions overtakes this fragile wife and mother who wants to do nothing more than hide in the face of this catastrophe. Sandra has until Monday morning to gain the seven votes she needs to retain her job. Equally onerous is the fact that the factory foreman is doing all he can to sabotage her mission.

One of the many commendable things about the films of Luc and Jean-Pierre Dardenne is their refusal to judge the choices that hard-pressed human beings must make as they struggle just to survive. In an act of incredible humility and bravery, Sandra visits her co-workers and asks them to empathize with her situation and to do the right thing. But most of these working class men and women have bills that have not been paid and financial needs that can only be met by taking the bonus.

Some of those she talks to decide to support her cause while others are angered by her presence at their door. Compassion and selfishness clash in the private vote and a final decision is made. Then the company makes her an offer.

Marion Cotillard gives a towering performance as the besieged Sandra who searches inside for the courage she needs. She reminds us of what spiritual writer Hugh Prather said: "Stands must be taken. If I am to respect myself I have to search myself for what I believe is right and take a stand on what I find. Otherwise I have not gathered together what I have been given; I have not embraced what I have learned; I lack my own conviction."

It is so helpful and healing to witness on screen the spiritual unfolding of a woman stuck in fear and disappointment who takes giant strides forward to self-transformation. Hats off to the Dardenne brothers for giving us another triumphant film about a heroine who acts with grace under pressure. 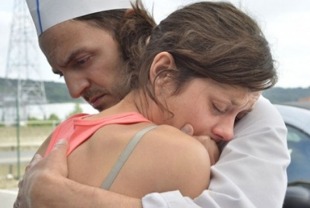 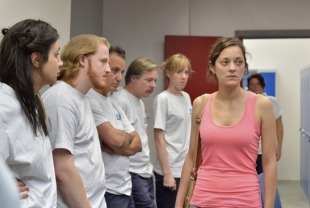 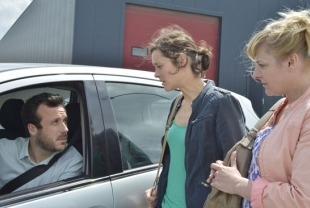