Awake: The Life of Yogananda

Directed by Lisa Leeman, Paola di Florio
A rounded portrait of the Father of Yoga in the West that celebrates his practical and uplifting art of spiritual living.

Paramahansa Yogananda (1893-1952) is known as the "Father of Yoga in the West." In this enlightening documentary by Paola di Florio and Lisa Leeman, we learn about the extraordinary life and work of the founder of the Self-Realization Fellowship.

As a boy Yogananda had visions and felt that the Divine Mother was watching over him and had great plans for him. As a young man he spent many years refining meditation practice with his guru and Yoga master Sri Yukteswar.

In 1920, Yogananda journeyed to America where his first teaching was on "The Science of Religion." He knew that the major challenge facing him was to make the ancient Vedic teachings relevant to modern day needs and concerns. Yogananda found that many Americans were open to his fresh messages about energy, the body as a vehicle for God consciousness, and the spiritual significance of will power.

In 1925, this zealous spiritual teacher turned his attention to California where there was a huge interest in his renditions of the riches of the Eastern spiritual tradition in the West. Yogananda spent 15 years in the United States speaking, teaching, and setting up centers. He was one of the first yogis to share techniques for controlling and rewiring the brain. His book Autobiography of a Yogi, first published in 1946, has been honored as one of "The Best Spiritual Books of the Twentieth Century" by a panel of scholars and religious authors.

Awake was filmed over three years in 30 countries. Di Florio and Leeman have gathered an impressive array of interviews on Yogananda, his life and legacy. Among those featured are Kirtan master Krishna Das; George Harrison of the Beatles; bestselling author Deepak Chopra; Jesuit priest Francis Clooney; Varun Soni, the Dean of Religious Life at the University of Southern California; Sri Daya Mata; and Philip Goldberg, author of American Veda, and many others. 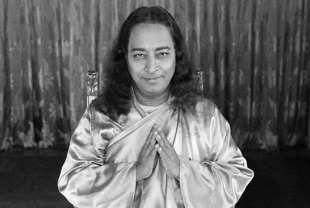 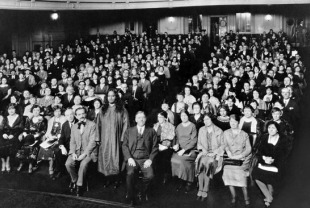