Directed by David Dobkin
Drama about the transformation of a smart and slick Chicago defense lawyer during a visit to his small Indiana hometown.

Hank Palmer (Robert Downey Jr.) is smart, slick, and successful Chicago defense attorney who caters to white collar criminals. When his mother dies, he returns to Carlinville, Indiana, for her funeral. He suddenly finds himself transported back to his childhood and many of the formidable experiences that shaped him into the man he is now.

First and foremost is the anger and disappointment his father, Judge Joseph Palmer (Robert Duvall), has for him: they haven't spoken for years. He views Hank as a slime ball and seems to gloat about the fact that his son's marriage has failed. The Judge is grateful for the support of his oldest son Glenn (Vincent D'Onofrio) and his youngest son Dale (Jeremy Strong), who is mentally challenged.

Hank makes it through the funeral and cannot wait to get out of town. But then he learns his father is under suspicion for a hit-and-run murder on the highway; the victim is a local man who the Judge had given a lenient sentence, only to have the man commit murder a few months later. His case has haunted the Judge through his long career. But did he take his own revenge?

At first, the Judge refuses to let his son defend him, and Hank watches as an inexperienced local attorney, C. P. Kennedy (Dax Shepard), makes one error after another. The prosecutor is Dwight Dickham (Billy Bob Thornton), who is happy when Hank takes over his father's defense. He has been waiting many years to do battle with this legendary Chicago lawyer.

The Judge is a complicated drama directed by David Dobkin based on a screenplay by Nick Shenk and Bill Dubuque. There are a lot of stories packed into one movie: the combat in the courtroom, the father-son crisis, the Judge's concerns about his legacy, Hank's reunion with his high school flame Samantha (Vera Farmiga), who owns a local bar; Hank's seven-year-old daughter's (Emma Tremblay) first meeting with her grandfather; and the lingering toxins from one dysfunctional family's past. But the powerful performances by Robert Downey Jr. and Robert Duvall hold the film together. As a nod to the aging of Baby Boomers, The Judge refuses to shy away from the pain and suffering of old age and disease.

The Judge eventually uses all the intermingling stories to fuel Hank's transformation from an amoral lawyer to a better human being. His heart is tenderized by his father, his brothers, his ex-girlfriend, and his daughter. 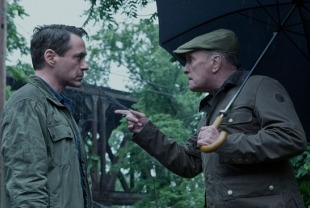 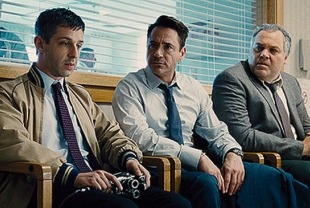 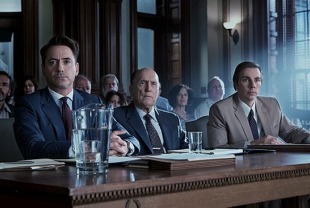 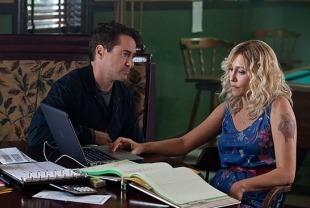