Alexander and the Terrible, Horrible, No Good, Very Bad Day

Directed by Miguel Arteta
Entertaining family film based on the classic children's book about dealing with difficulties with optimism.

Alexander Cooper (Ed Oxenbould) feels like the odd-one-out in his family of optimists. Ben (Steve Carell), his space engineer dad is unemployed but thoroughly enjoying his time as a stay-at-home "fammy" to baby Trevor (Elise and Zoey Vargas). His mother Kelly (Jennifer Garner) is about to get a big promotion at her publishing job. His sister Emily (Kerris Dorsey) is starring as Peter Pan in the school play, and his brother Anthony (Dylan Minnette) is getting his driver's license just in time to take the hottest girl in school to the prom.

In stark contrast, Alexander on the day before his 12th birthday is having a tough time of almost everything. He finds out a more popular boy is throwing a party at the same time as his; he doesn't get to do a school project on his favorite continent, Australia; and in science lab, he accidentally sets on fire a book belonging to the girl he has a crush on. To make things worse, he's convinced that his family doesn't understand what it's like to have a really bad day. But that all changes on his birthday when one thing after another goes wrong.

This family movie is directed by Miguel Arteta from a screenplay by Ron Lieber. It is based on the classic children's book by Judith Viorst that has had generations of youngsters thinking about all the things that can make for a bad day and what they need to be happy. Here the story is boiled down to the basic message that some days are just bad but those make you love other days more. And, of course, we discover that it is actually quite nice to be part of a family that steers its ship with positivity.

Optimism, according to the Mayo Clinic, is "the belief that good things will happen to you and that negative events are temporary setbacks to be overcome." Recently we reread the inspirational classic The Optimist Creed. It contains this good advice for Alexander and for us:

"Promise Yourself . . .
"To be so strong that nothing can disturb your peace of mind.
"To talk health, happiness, and prosperity to every person you meet.
"To make all your friends feel that there is something in them.
"To look at the sunny side of everything and make your optimism come true.
"To think only of the best, to work only for the best, and to expect only the best.
"To be just as enthusiastic about the success of others as you are about your own.
"To forget the mistakes of the past and press on to the greater achievements of the future.
"To wear a cheerful countenance at all times and give every living creature you meet a smile.
"To give so much time to the improvement of yourself that you have no time to criticize others.
"To be too large for worry, too noble for anger, too strong for fear, and too happy to permit the presence of trouble.
"To think well of yourself and to proclaim this fact to the world, not in loud words, but in great deeds.
"To live in the faith that the whole world is on your side, so long as you are true to the best that is in you."

Special features on the Blu-Ray/DVD include "Alexander . . . In Real Life" — Author Judith Viorst and her son, the real Alexander, share the story behind the book and its impact on their lives. 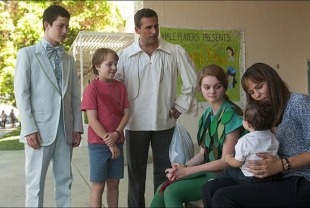 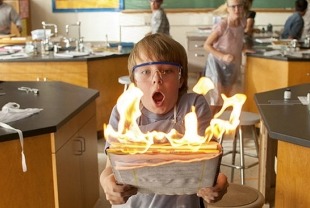 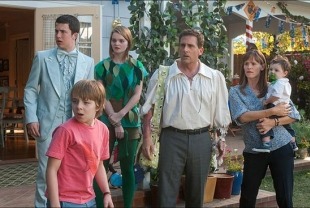 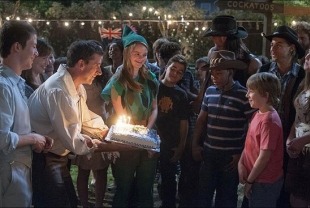