The Theory of Everything

Directed by James Marsh
Touching story about a couple able to weather many challenges thanks to their partnership approach to marriage.

"Swim peacefully through the clear waters of solitude, illuminated by the sunlight of Truth."

Stephen Hawking (Eddie Redmayne) is attending Cambridge in 1963. A graduate student in cosmology, his professor Dennis Sciama (David Thewlis) is impressed with his fascination with black holes, space-time singularities, and the boundaries of the universe. He knows that this socially awkward and shy young man is truly a bold genius who will make a major contribution to the field of physics.

"The love you give each other
can be your greatest service.
Like ripples in a pond
your love spreads out in circles
and changes all it touches."

At a party, Stephen is very much taken with Jane (Felicity Jones), a major in Romance Languages and Literature. Instead of dancing, they spend the evening talking about science, religion, and poetry. They are very different in their thoughts about God: she is a believer and he is not. But their slowly budding love is interrupted by a shocking development that changes both of their lives.

"Your love contains the power
of a thousand suns.
It unfolds naturally and effortlessly
as does a flower,
and graces the world with its blooming."

Stephen is diagnosed with a motor neuron disease similar to Lou Gehrig's disease. A doctor lays out the progressive loss of bodily movement and death within two years. Stephen turns away from Jane not wanting to be a burden for her but her love for him is so ardent that she is willing to take on whatever comes. They marry and begin their life together in love.

The reigning myth of marital happiness is based on good communication, emotional gratification, and intimacy. But many couples find it hard to live up to this standard fostered by the media, the therapeutic community, and the general public. By shifting the emphasis from emotional satisfaction to partnership, husbands and wives can create meaningful ties and work together to create a better world. That's what Stephen and Jane do.

The four qualities or virtues which form the bedrock of their relationship are friendship, loyalty, generosity, and justice. It is fascinating to watch Stephen and Jane as they face and overcome obstacles, have three children, and keep his career afloat with books and lectures.

It is their partnership model of marriage that enables them to reap the benefits of help for Jane in the form of Jonathon Hellyer Jones (Charlie Cox), a church choirmaster who serves as a caretaker for Stephen and the kids. It is heart-breaking to watch the terrible progression of the disease as it eats away at Stephen's limbs and finally his voice. Although his body is under siege for the 25 years of their marriage, his mind works perfectly fine; he is able to write a bestseller that sells over ten million copies.

"In the confusion of a complex world,
clarity of purpose can be lost.
In the bustle of a hurried life,
patience is forgotten.
In the midst of a multitude of distractions,
passion can fade away."

In his documentaries, Man on the Wire and Project Nim, director James March showed us his knack for honoring the mysteries of human nature and the choices we make. The Theory of Everything is based on the true story of one of the world's greatest living minds, the renowned astrophysicist Stephen Hawking. By the end of the film, we feel very close to Stephen and Jane thanks to the tender and intense performances by Eddie Redmayne and Felicity Jones. For a long time they provide for each other what Bob Dylan sang about — a shelter from the storm.

Special features on the Blu-Ray/DVD include deleted scenes; Become the Hawkings; and feature commentary with director James Marsh. 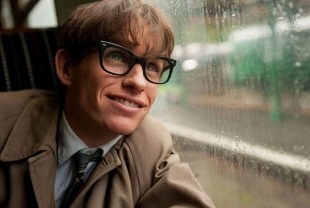 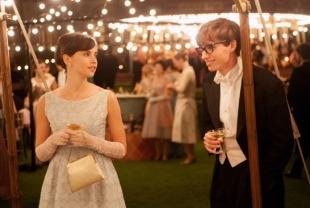 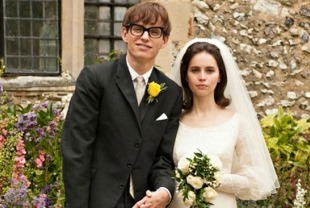 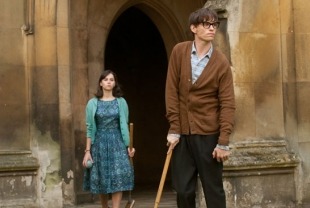