Directed by Stefan Haupt
An entertaining and edifying portrait of the gay scene in Zurich from the 1950s to 2003.

The Circle (Der Kreis) is Switzerland's official submission for the Best Foreign Language Film Academy Award. Director Stefan Haupt has chosen to tell the story of gay history in Zurich, Switzerland, from the mid-1950s through 2003 using a docu-fiction format. A modern day couple comments on the scripted sequences in the film dramatizing their earlier lives.

In 1956, Ernst Ostertag (Matthias Hungerbuhler) is a very quiet and anxious French literature teacher at an all-girls school in Zurich. He has kept his homosexuality a secret from his well-to-do family and everyone at work. Mr. Sieber (Peter Jecklin), the school's principal, is also a homosexual; his wife doesn't know that he regularly uses male prostitutes.

Ernst discovers the Circle, a bimonthly magazine with pictures, stories, articles, and art. The subscribers are actually a community who have special get-togethers on festive occasions. The founder and editor-in-chief of the magazine has negotiated a deal with the Zurich police to allow him keep the publication going. But even in Switzerland where homosexuality is not a crime, there is a public uproar when several members of the gay community are murdered by "rent-boys".

Ernst meets Robi Rapp (Sven Schelker) and is entranced by this 18-year-old's talents as a drag entertainer. In interviews with these two men, they comment on their love affair and the different stages of their intimate relationship. For instance, Robi is eager to introduce his lover to his mother (Marianne Sagebrecht) and we learn that she takes great pleasure in sewing the exotic dresses he wears in his performances. But it takes much prodding by Robi before Ernst brings him home to meet his parents.

The Circle is an edifying and entertaining portrait of gay life in Zurich as these two lovers bravely face their problems and build a life together. The film ends with a tranquil but triumphant event in 2003 when Ernst and Robi (both 73 years old) became the first legally married same sex-couple in Switzerland. 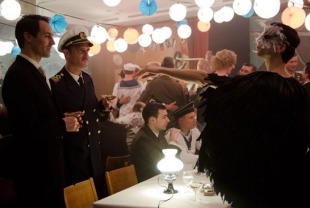 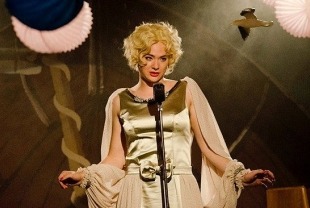 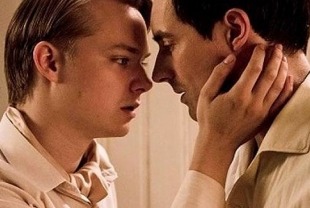 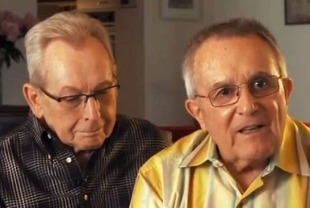