Directed by Zachary Wigon
A thought-provoking psychodrama about the misuses of technology in affairs of the heart.

Cody (John Gallagher Jr.) lives in a small New York apartment and talks regularly with his girlfriend Virginia (Kate Lyn Sheil) who is doing an academic stint in Berlin for six months. They both seem very relaxed with each other and the technological tools that keep them in touch with each other.

It takes us a while to realize that Cody and Virginia have never met face-to-face. For him, sex is great fun with her talking dirty to him. And she takes pleasure in the mystery of their unfolding relationship. But when Cody comes to believe that Virginia might not be in Berlin but communicating with him from a neighboring borough, he is flabbergasted. His feelings of betrayal are heightened when he spots a woman on a train one day who looks exactly like Virginia. Not knowing what is going on brings out all of Cody's paranoia; he feels he is being played for a fool.

Writer and director Zachary Wigon has fashioned a thought-provoking psychodrama about the fear so many young adults have about face-to-face contact and the messy world of intimacy. For them, it is much more fulfilling and fun to live in a world of machine-mediated relationships on networked devices. Wigon draws out finely modulated performances from John Gallagher Jr. and Kate Lyn Sheil as two people who are willing to dial down human contact.

In her book Alone Together, Sherry Turkle writes:

"We're using inanimate objects to convince ourselves that even when we're alone, we feel together. And then when we're with each other, we put ourselves in situations where we feel alone — constantly on our mobile devices. It's what I call a perfect storm of confusion about what's important in our human connections."

The Heart Machine convincingly reveals some of the confusions in our use of technology in affairs of the heart. 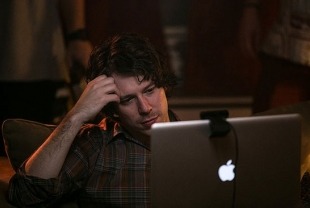 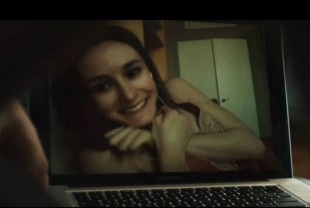 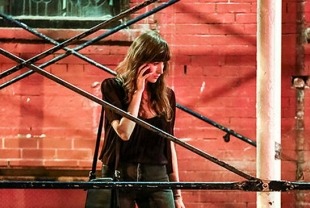