Directed by Erik Poppe
A sensitive drama about the challenges idealists and people of great passion face within the family circle.

War photojournalists put themselves in grave danger in order to report on events through pictures. In the excellent documentary War Photographer, James Nachway reflects on the motivations for his work:

"In a way, if an individual assumes the risk of placing himself in the middle of a war in order to communicate to the rest of the world what is happening, he is trying to negotiate for peace."

The same spirit is revealed in Erik Poppe's compelling drama about a zealous photojournalist whose fearlessness impresses editors but worries her husband and two daughters every time she goes on an assignment. 1,000 Times Good Night is based on the writer and director's early career as a print and photo journalist. In the press notes, he writes:

"I wanted to get people by the throat on a Saturday morning when they saw my pictures on the front page. I thought of my camera not only as a witness, but as a mighty weapon in the struggle for our common humanity, and as providing testimony of a greater truth. To an outsider, it can seem foolish to move around in a war zone armed only with a camera, when everyone else has guns. But oddly enough, I felt safe behind my camera despite all this."

Rebecca (Juliette Binoche) is a highly praised war photographer who is on assignment doing a piece on life inside the Taliban. Somehow she has gained access to a radical group of Muslims in Kabul who are preparing a woman for a suicide bombing mission. Rebecca's need to catch the horror of this situation results in the woman detonating her bombs in a very crowded area; many people are killed or injured.

Badly injured herself, Rebecca returns home to recuperate with her husband Marcus (Nikolaj Coster-Waldau), a marine-biologist, and her two daughters — teenager Steph (Lauryn Canny), and Lisa (Adrianna Cramer Curtis). Feeling guilty about her role in the bombing, Rebecca is further saddened when her husband tells her that he can no longer abide the stress she puts the family through every time she goes away; her daughters fear constantly that their mother will be killed. To save the family, she decides she give up her career.

Meanwhile, Steph is doing a school project on Africa and becomes interested in what she can learn from her mother. Rebecca agrees to take one last assignment and have her daughter accompany her for a short visit to the Kakuma refugee camp in Kenya. She's been assured the place is safe, but unexpected events turn this mother-daughter reunion into a nightmare.

1,000 Times Good Night is gracefully carried into our hearts and minds by the versatile acting skills of Juliette Binoche whose performance conveys the inner war Rebecca experiences as she tries to choose between her career and her responsibilities as a mother and wife. It is always salutary and healing to see the challenges idealists and people of great passion face within the family circle. 1,000 Times Good Night explores this turf with great sensitivity and artistry. 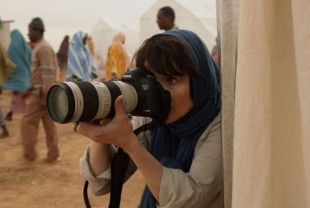 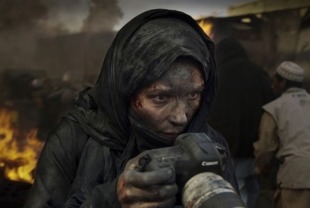 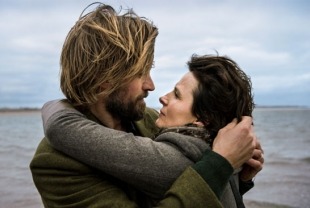 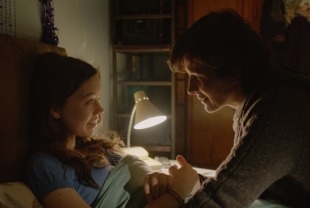