John Armstrong defines reverie as "a way of holding something in your mind, caressing it, so to speak, with a succession of thoughts." This special capacity brings our senses alive, making the present moment richer. The magical powers of reverie are brought to full force when we are looking at works of art. In a museum, we feel a sense of elation; we are prepared to be dazzled, to be swept away in this holy place. It is an awe-filled experience.

These emotions bubbled up in me while watching Frederick Wiseman's master work National Gallery, which will have its theatrical premiere at New York City's Film Forum. In three hours, we are treated to a multidimensional overview of the London museum which houses many of the world's most famous paintings from the Middle Ages to the 19th century.

Shot in 12 weeks in 2012, this documentary is filled with a constant parade of surprises and epiphanies as we watch gallery visitors stand and stare at the works of Rembrandt, Vermeer, and Leonardo da Vinci; as we listen in on a staff meeting during which Nicholas Penny, the National Gallery director, expresses his hesitation at making the museum more amenable to the public's wants and needs; as we witness experts hard at work repairing and restoring art pieces; as we are entranced by the erudite and enlightening lectures on paintings, such as a 14th-century Tuscan altarpiece by Jacopo di Cion, Velazquez's "Christ in the House of Martha and Mary," and Turner's "The Fighting Temeraire"; and as we linger with life-model sketch classes, workshops for teachers, seminars for the blind, and the reading of a poem and a dance ballet done in conjunction with previous exhibits.

We really enjoyed Wiseman's last documentary At Berkeley, a four hour tour de force, but this beautifully orchestrated look at the art world stands as one of the best in his 50-year career! We experienced many moments of reverie during National Gallery and hope that you will as well. 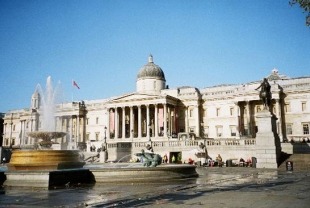 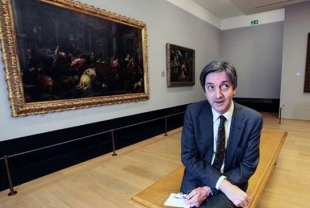 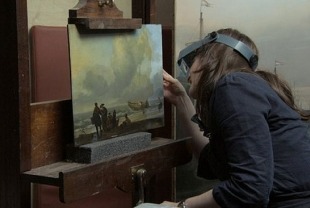