Directed by Jean-Marc Vallee
A soul-stretching movie about surviving in the wilderness, a solid mother and daughter relationship, and bringing out the best in yourself.

Wild is a wilderness adventure film adapted for the screen from the best-selling memoir by Cheryl Strayed. It tells the engaging story of a self-admitted 22-year-old screw-up and her strenuous efforts to heal herself and begin anew after the death of her mother at midlife. The film gives us a rare and refreshing glimpse of a solid and supportive mother-daughter relationship. It also deals with the amazing things that can happen on a quest and reveals the fire-power of solitude. To hold all these soul-stretching themes together is quite a feat and director Jean-Marc Vallee (The Young Victoria, Dallas Buyer's Club) and screenplay writer Nick Hornby (About a Boy, An Education) prove themselves up to the challenge.

Seeing her life in 1995 as a monumental mess, Cheryl Strayed (Reese Witherspoon) sets out alone on her own personal walkabout. With no experience in long distance hiking, she decides to walk the 1,100 miles of the Pacific Crest Trail, from the Mexican border to the mountains of Oregon. Her inexperience shows through in a decision to carry an overstuffed pack which another trekker calls "the Monster." During her journey, she eats dehydrated meals, sleeps in a small tent, and yearns for a cold Snapple lemonade. Cheryl badly bloodies and blisters her feet with boots that are too small and carries on uttering expletives as she by-steps a rattle snake and other hazards on the trail. At one point, she battles extreme hydration and is forced to purify oily and contaminated water from a pond.

Part of her enjoyment of solitude is the chance to read without interruptions. In order to not burden herself with any more heavy items, she burns the books after reading them. Other trekkers enjoy the literary quotations from Joni Mitchell, Adrienne Rich, Emily Dickinson, and others that Cheryl shares at various hospitality posts along the trail. In return, she receives kindnesses from a farm worker Frank (W. Earl Brown) and three young men she meets who dub her "the Queen of the PCT."

Through a series of flashbacks, we learn of the emotional landscape that has propelled her on this arduous journey. First are the scary encounters with her abusive stepfather as a young girl; next her separation from her husband Paul (Thomas Sadoski); then a dark period in her life — while working as a waitress, she became addicted to heroin and sex.

In a comic scene, a reporter for a journal called "The Hobo Times" mistakes Cheryl for one of his tribe and attempts to interview her. She tries to deflect his questions which imply she is a vagabond with no address or job. But then she takes a good look at herself and realizes she is, for the moment, homeless and living on the margins of society.

Central to the protagonist's physically painful and psychologically challenging trek is her attempt to come to terms with the recent death of her mother Bobbie (Laura Dern) of lung cancer at the age of 45. She fondly remembers the joy this middle-aged woman derived from going to college at the same time as Cheryl. Only for the older woman, it was a much more exhilarating adventure.

Bobbie tries to pass on her legacy of love which consists of seeing the positive in all situations and circumstances, putting yourself in the way of beauty, and becoming your best self. In the last leg of her journey, Cheryl realizes that being on her own for three months has firmed her inner resolve to find her own way to a future of her own making. Although there have been no great epiphanies, she has trained herself in fearlessness which will serve her well down the pike. And so will the love, the optimism, and the beauty of her mother who lives on in Cheryl's heart. 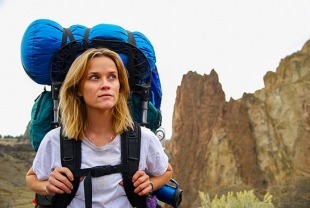 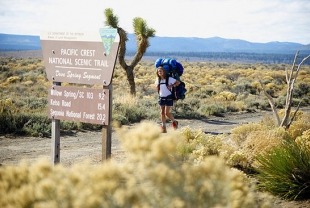