Directed by Jason Reitman
A comedy of manners about youth and adults hooked on the Internet.

With a fine balance between comic and dramatic dynamics, Jason Reitman scored three hits in a row with Thank You for Smoking, Juno, and Up in the Air. His last two films, Young Adult (about an emotionally stunted woman who has a chance to turn her life around) and Labor Day (about three lonely and vulnerable people who forge their own improvised family over a five-day period), did not receive the same kind of acclaim. We continue to admire Reitman's boldness and his attempts to explore human nature and its abundant quirks, surprises, and mysteries.

Men, Women, & Children begins with the movement of the Voyager 1 space probe, launched in 1977 and carrying a gold-plated audio-visual disc containing a mix of images and sounds of life on earth. This special communication was meant to be a calling card introducing Earth and its beings to extraterrestrials. Emma Thompson, the narrator of the film, explains this probe and then immerses us in the lives of a group of high school students and their parents in Austin, Texas, who are all caught up in the digital age of social media, Tweets, Tumbler, Facebook, and online pornography services.

Among the youth are Tim (Ansel Elgort) who has shocked his teammates by quitting the football team following the departure of his mother; in order to block out his loss, he spends hours playing an online fantasy game called "Guild Wars." He has begun a tentative romance with Brandy (Kaitlyn Dever) whose mother, Patricia (Jennifer Garner), is trying to protect her from harm by monitoring everything she says on the Internet. Three other adolescents are using the Internet a lot: cheerleader Hannah (Olivia Crocicchia) yearns to become a celebrity and has posted some indiscrete photographs of herself; Chris (Travis Tope) is addicted to Internet pornography; and virginal Allison (Elena Kampouris) is an anorexic cheerleader who wants to get down and get dirty. As these students walk through school or the malls, messages from their texts and phone conversations fill up speech bubbles, and we see the chatter that surrounds us and goes everywhere we go.

Men, Women, & Children is based on a best-selling novel by Chad Kultgen. Jason Reitman and Erin Cressida Wilson have adapted this comedy of manners for the screen. With all the emphasis on sexuality and pornography, this movie is not recommended for those whose blood boils at the mere mention of pornography. While setting off in no new directions, Reitman does manage to confirm in his own special way the digital wars that are raging in the hearts and minds of young and old alike addicted to the Internet. 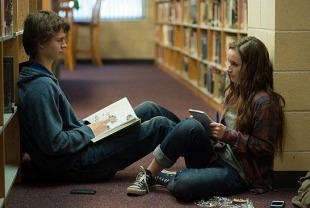 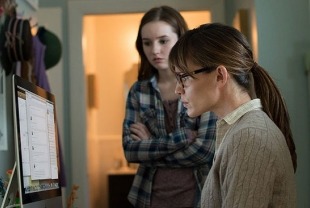 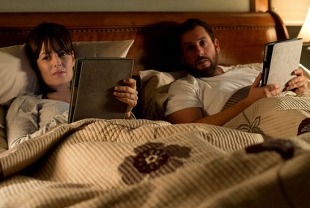 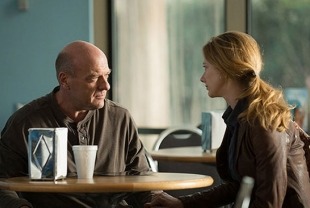