A Most Wanted Man

Directed by Anton Corbijn
A poignant glimpse of the war on terror and the vulnerability of a burnt-out German intelligence operative.

Gunter Bachman (Philip Seymour Hoffman) is an independent German intelligence operative in the port city of Hamburg where the 9/11 hijackers planned their attacks. Since then all the warriors who take seriously the threat of terrorism have put this community under surveillance.

When a raggedy illegal immigrant drags himself ashore, German intelligence records the arrival and identifies him as Issa Karpov (Grigoriy Dobrygin), who is half-Russian and half-Chechen. The play-it-by-the-book head of Germany's intelligence service, Dieter Mohr (Rainer Bock) can't stand Bachman.

Things get more complicated when Annabel Richter (Rachel McAdams), a human rights lawyer, arrives to help Karpov gain access to his father's money in a bank headed by Thomas Brue (Willem Dafoe); Bachman wants to protect her from getting in too far with terrorists and also use her to gain access to Issa. Meanwhile, he is keeping an eye on Dr. Abdullah (Homayoun Ershadi), a Muslim cleric known for his skills as a charity fundraiser. Despite the fact that this rumpled spy smokes too many cigarettes and drinks too much Scotch, he has a keen ability to read people well and see through their facades. But he is intimidated by the CIA spy Martha Sullivan (Robin Wright), who has plenty of tricks in her repertoire of skills.

A Most Wanted Man is directed by Anton Corbijn from a screenplay by Andrew Bovell based on John le Carre's 2008 novel. Here is another chilling portrait of all the power plays, politics, competition, and lying that goes on in the war on terror. Karpov is the only innocent in the film — he is a true believer in Allah; he doesn't even want to take his father's money, which was made through organized crime. All of the intelligence officials are ruthless and looking out for themselves. In one of his last screen performances Philip Seymour Hoffman vividly conveys the vulnerabilities of a burnt-out agent whose sense of purpose is challenged at every turn.

Special features on the DVD include "The Making of A Most Wanted Man" featurette and "Spymaster: John le Carré in Hamburg" featurette. 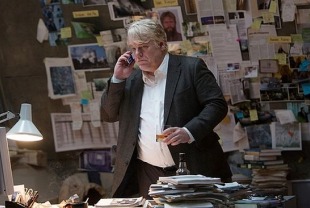 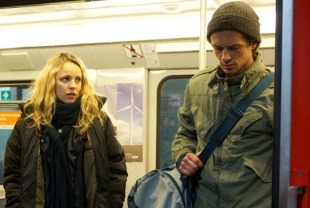 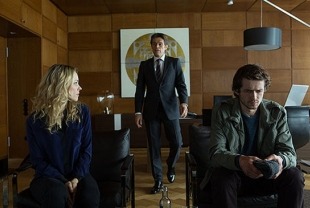 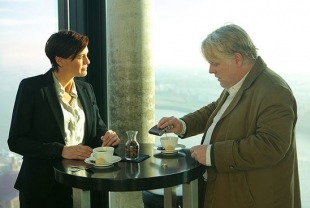