The Yes Men Are Revolting

Andy Bichlbaum and Mike Bonanno have chronicled their wonderfully clever pranks on corporations and governments in two films — The Yes Men (2003) and The Yes Men Fix the World ( 2009). They stand in the long and noteworthy tradition of Crazy Wisdom, alongside Taoist sages, Sufi mullahs, Native American tricksters, Socrates, Mark Twain, and other zany challengers of the status quo and corruption in high places. Given the seriousness of the global problems we are ignoring at our own peril, it is gratifying to know that these two activists are ready to use their media savvy to ridicule and embarrass those members of the 1% who feel it is their privilege to rule the world and do whatever they want.

In a very effective hoax, Andy poses as the spokesperson for the U.S. Chamber of Commerce to talk about a recommendation for a "carbon tax" on polluters. This little skit draws so much international attention that this lobbying organization threatens to sue the Yes Men for "commercial identity theft masquerading as social activism."

At a climate change conference in Copenhagen, the Yes Men put together another charade to make clear the suffering of low-energy-consuming Third World countries at the hands of high-energy-consuming countries like the United States. Given the magnitude of the problems being generated by climate change, the Yes men are saddened by UN summits where diplomats talk but do not walk the talk.

Andy and Mike go their separate ways: one moves to Scotland with his family, and the other joins a Greenpeace effort to reveal Shell Oil's plans in the Arctic. The two men reunite in a hilarious prank at the expense of those attending a Homeland Security conference. Here's hoping that the Yes Men continue their Crazy Wisdom schemes exposing the plans, lies, and dangers of the rich and the powerful. 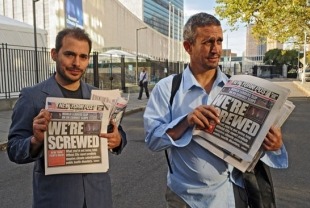 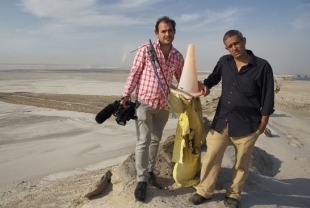 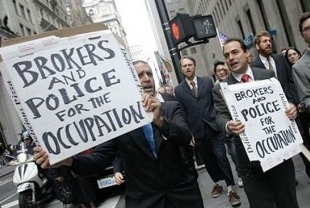