Antarctica: A Year on Ice

Directed by Anthony Powell
A fascinating glimpse into the lives, habits, and philosophies of men and women who work in Antarctica.

Over a 15-year period, documentary filmmaker Anthony Powell spent more than 100 months in Antarctica setting up radio equipment for a New Zealand base. He shares with us a batch of phantasmagorical pictures of astonishing sky lights and many shots of the frozen tundra with its ice sculptures. The director loves to play around with time-lapse photography, which brings out the animation and energy of the natural world. In a wonderful scene, we watch the playful antics of Adele penguins as they cavort near the water.

It comes as a surprise to us that so many people work in Antarctica: about 5000 during the summer and less than 700 in the winter when everything is in deep freeze and lashed by strong winds. In such a strange setting, hospitality, patience, and openness are the keys to survival. But make no mistake: Antarctica's weather is an adversary that must be taken seriously. Cracks or holes in bunkhouse walls can quickly fill the place with snow. Only the most hearty souls and those who love solitude and silence have stayed on year after year for winter work. The filmmaker interviews many of them about their feelings and experiences.

Antarctica: A Year on Ice presents a fascinating glimpse into the lives, habits, and philosophies of men and women who work in this frigid place. 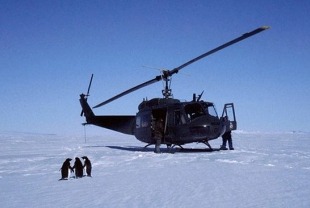 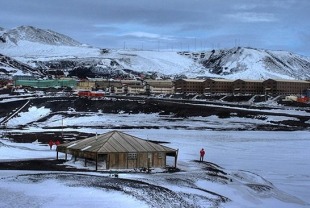 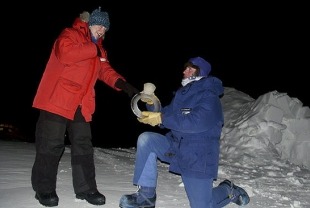 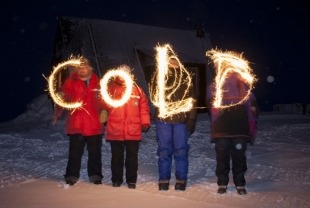