The Tale of Princess Kaguya

Directed by Isao Takahata
An impressive hallowing of play and laughter as the sources of a lightness of being.

This stunning animated feature, decades in the making, is based on a 10th century Japanese folktale The Tale of the Bamboo Cutter, widely known throughout Japan; it is the oldest extant Japanese narrative and an early example of proto-science fiction. The film is directed by Isao Takahata, a longtime collaborator with Hayao Miyazaki who brought us such masterworks as Princess Mononoke, Spirited Away, and Howl's Moving Castle. The hand-drawn animation evidences a true reverence for the natural world and for the beauty that shines through the exquisite imagery of streams, birds, plants, trees, sky, and cherry blossoms.

While he is working in the forest, Okina (English voice by James Caan) the Bamboo Cutter finds an exotic little being who emerges from the inside of a bamboo shoot. He is awed by her beauty and convinced she is a Princess. He carries her home in his palm where he and his wife (Mary Steenburgen) watch her transform into a human baby. This childless couple marvel at her energy and her antics as she crawls and very quickly walks. Children in the community call her "Little Bamboo." Every time she laughs she seems to have a growth spurt!

The Princess (Chloe Grace Moretz) loves to run like a frisky horse with her long hair blowing in the wind. She is a free spirit whose playful nature finds a natural and creative expression with her peasant friends, especially Sutemaru (Darren Criss), a handsome boy. They are both curious and adventuresome, deriving great pleasure from their harmony with the forest and its surrounding milieu.

When Okina discovers gold in a bamboo stalk along with lovely silks, he takes these gifts as a sign from Heaven that he should move to the capital where the Princess can become what she was meant to be — a rich and powerful woman. They take up residence in a mansion and hire Sagami (Lucy Liu), a strict and pompous governess, to teach the Princess the ways of court etiquette.

During this transitional phase of her life, the Princess grows restless and yearns for the forest and the freedom to romp in the natural world. After she is given the name "Kaguya" by a wise courtier, word spreads throughout the kingdom about the Princess' striking beauty. But she is not impressed with the many suitors who come to win her hand in marriage, not even the Emperor.

Although The Tale of Princess Kaguya ends on a somber note, this enlightening animated parable underlines the truth of Ralph Waldo Emerson's aphorism: "It is a happy talent to know how to play." Inside us all is a child who remembers the vitality and pleasure of play. More than any film we have seen in years, this one taps into those experiences from our youth when we felt as free and buoyant as the wind. The Tale of Princess Kaguya also reveals that play is a pathway to laughter. The joy that emanates from the laughter of this enthusiastic character soothes our souls.

Special features on the Blu-Ray/DVD include Isao Takahata and His Tale of The Princess Kaguya -- a feature-length documentary on the making of the film. 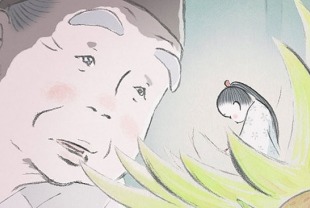 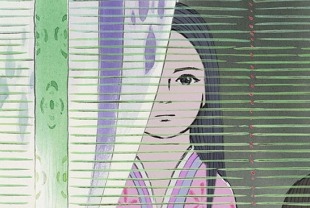 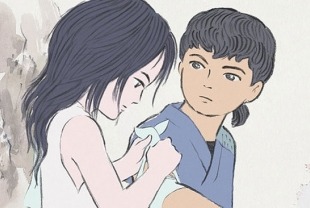 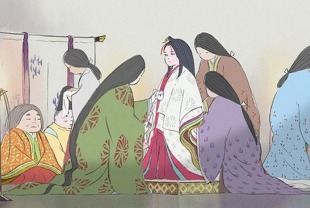