Directed by Kevin Macdonald
A parabolic film about a middle-aged man who decides to fight back after being reduced to being a nobody.

After 11 years of service to a company, submarine captain Robinson (Jude Law) is given the shaft and finds himself out on the street feeling nothing but anger and guilt. His commitment to the work led to the dissolution of his marriage and estrangement from his son.

He feels like a nobody in a world where corporation honchos wield power and determine the destinies of those who are dependent on them for work and success. Robinson decides to beat them in the game of rankism by pulling off a seemingly impossible heist. He's convinced that this feat will prove that he is not a nobody and gain him the respect he deserves.

Black Sea is directed by Kevin MacDonald who won an Academy Award for his One Day in September, a 1999 documentary on the murder of the 11 Israeli athletes at the 1972 Olympics. Since then, he has been at the helm of Marley, an incredible documentary on the famous reggae singer and spiritual leader; The Last King of Scotland, a cross-cultural masterwork; and Life in a Day, a gathering of scenes from filmmakers shot all over the planet.

MacDonald understands and appreciates Robinson's battered soul and shows the inward battles he must face on his mission to retrieve the Nazi gold aboard a sunken U-Boat under the waters of the Black Sea. The crew he recruits is half-British and half-Russian. Robinson promises an equal share of the gold to everyone on his team.

It is easy to root for this lonely and angry middle-aged man who wants to better the rich and the powerful who have ruined his life. Only problem is, they have a big surprise in store for him that takes all the wind out of his sails. The moral of the movie: Don't ever underestimate the tenacity and the trickery of the rich and the powerful who have the financial resources to get what they want. 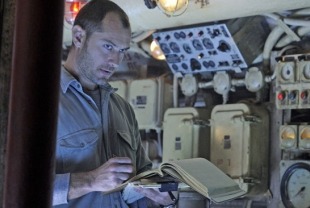 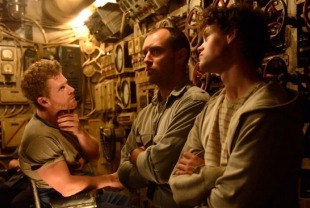