Directed by Marc Lawrence
A funny and charming portrait of a burnt-out, middle-aged screenplay writer.

Keith Michaels (Hugh Grant) is a Hollywood screenplay writer who won an Oscar for his screenplay for Paradise Misplaced. That was long ago, and since then he's written a series of flops and instantly forgettable material. A habitual womanizer, at middle-age he is divorced and yearning vaguely for a connection with his college-age son who has never really known him.

When everything dries up in Hollywood, his hard-working agent finds Keith an artist-in-residence teaching job at a college in Binghamton, New York. The principal (J. K. Simmons) shows him around and introduces him at a faculty get-together. The evening does not go well, however, as Keith drinks too much wine and insults Mary Weldon (Allison Janney), a respected English literature teacher and expert on Jane Austen. He goes to bed with Karen (Bella Heathcote), a sexually aggressive undergraduate in his screenwriting class. Only later does he learn from his neighbor Jim (Chris Elliott), a Shakespeare professor, that this relationship is inappropriate and grounds for being fired.

Others in his class of ten students include Clem (Stephen Kaplan), a very talented writer, and Holly Carpenter (Marisa Tomei), an optimistic single mother working two jobs. When push comes to shove, she is the only one who stands by him as he struggles with his midlife crisis of having run out of creative juice and being stuck in a rut.

The Rewrite is the fourth film collaboration between director/screenplay writer Marc Lawrence and actor Hugh Grant. Their experience shows in the light-hearted smoothness of the characters and the skill in making the most out of the vulnerabilities and foibles that rise to surface in Keith's predicaments. The theme is a familiar one but bears repeated expression: it is never too late to start again, and all of us need, at one time or another, to consider a thorough re-write of our lives. 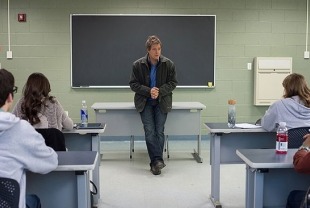 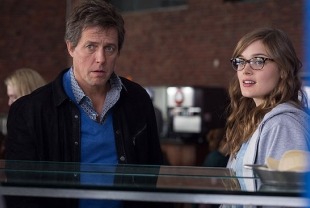 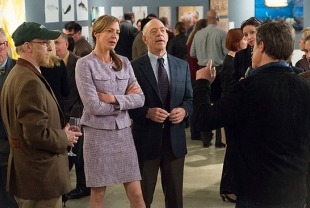 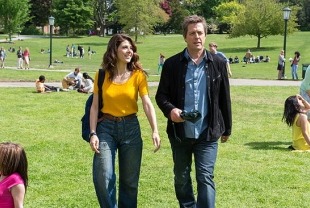