Directed by John Boorman
A sequel to Hope and Glory set in postwar England that proves to be an impressive coda to English writer/director John Boorman's illustrious career.

In Hope and Glory (1987) writer and director John Boorman created a unforgettable and engaging film about the rigors, revelations, and adventures of growing up as a nine-year-old boy in London during World War II.

"The movie camera is very close to the eye of a child," Boorman stated in a New York Times interview. "A child looks at the world clearly, sees things sharply, without bringing a set of moral judgments to it. Movies made from the point of view of a child often have that beautiful simplicity."

The antics of the colorful characters and a fast-paced storyline gave Hope and Glory all the spontaneity of a child at play. Boorman works from his head as well as from his heart, so the result was an energetic, imaginative, buoyant, and richly human memoir.

Queen and Country is a sequel to that film, and it too appeals to the head and the heart. It picks up when Bill Rohan (Callum Turner) is 18 years old and still living at home in a humble house on the Thames, not too far away from the well-known Shepperton film studio. He's a shy lad who is still a virgin.

Bill heads off to boot camp to fulfill his military service. He meets Percy (Caleb Landry Jones), a boisterous hedonist and rebel who revels in causing chaos wherever he goes. The year is 1952 and some of those shipped overseas actually face death in combat in Korea. Even Bill, who is usually not very outspoken about politics, wonders why he should be forced to bolster America's meddling in the Far East. It is a lark when he and his buddy are assigned to teach typing to soldiers and to watch the creative ways they try to jazz up this work.

Trained in boot camp to become warriors, Bill and Percy decide to go to war against Company Sergeant Major Bradley (David Thewlis), a by-the-book authoritarian who seems to enjoy humiliating and punishing those under his command. Even his superior, Major Cross (Richard E. Grant), is exasperated by his petty tirades against the soldiers. But even Bill and Percy are shocked by the tricks and treasures of Redmond (Pat Shortt), who is an incorrigible skiver.

Much to his surprise, Bill falls in love with a beautiful and enchanting blonde (Tamsin Egerton) who refuses to reveal her real name or identity to him. He decides to call her Ophelia. It is fascinating to see this young man return home on leave and to interact with his mother (Sinead Cusack), father (David Hayman), grandfather (John Standing), and sister (Vanessa Kirby). They are all quite taken with Ophelia who stops by for a brief visit and has a few surprises in store for Bill.

Queen and Country is an impressive coda to English writer and director John Boorman's illustrious career. 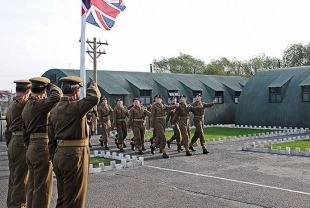 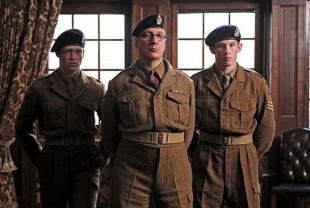 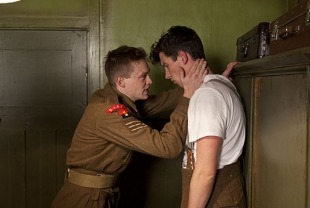 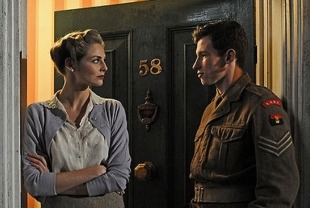