Directed by Kirby Dick
A hard-hitting and disturbing documentary about the treatment of women who have been sexually assaulted on U. S. college campuses.

In The Invisible War, director Kirby Dick fashioned a hard-hitting, disturbing, and emotionally affecting documentary about the male cover-up of military sex crimes and the horrific suffering, anguish, and anger of military women who had been raped. The Hunting Ground reveals that 16 - 20% of female college students are sexually assaulted on campuses across the United States and in nearly all cases, the university officials do nothing in response. They want to protect the reputation and the brand they are selling to the public.

The documentary begins with home videos of women rejoicing with their families upon receiving college acceptance letters. Later we learn that one in five women will be sexually assaulted; that means that more than 100,000 college students will be raped during the coming school year.

This documentary focuses on Andrea Pino and Annie Clark, two courageous and heroic women who led a civil rights campaign against the University of North Carolina. They share their experiences of being raped. Other women appear on camera with accounts of being blamed as victims, shielding of the perpetrators, and being harassed by administrators and fellow students. Pino and Clark use Title IX legislation to advance their cause. They create a network of support for women who refuse to remain silent, and animate a national debate over campus assaults.

Why is it that only 5% of rapes are reported? The filmmakers point out that fraternity men are three times more likely to commit rape than other college men. Colleges are dependent on the money they receive from fraternity alumni; in 2013, 60% of donations of over $100 million came from these supporters. Also many colleges do all they can to protect athletes, who also bring in a bundle of money. Florida State University's Erica Kinsman gives her account of being sexually assaulted by Heisman Trophy winner Jameis Winston.

The final shocking data centers around a list of punishment for men who sexually assault women, including serial predators: an official warning, writing a paper, putting together a book report, doing community service at a rape crisis center, suspension for as little as a week or even one day. Some of these young men are penalized with "expulsion after graduation." As Jon Stewart points out in a clip of this punishment, that's unbelievable!

Although 95% of college presidents said that they believe their institutions handle sexual assault properly and efficiently, the Department of Education is investigating 90 schools for violations of Title IX. This development is the result of the diligent and exhausting work of Pino and Clark who have given hope to thousands of young women fighting for justice. 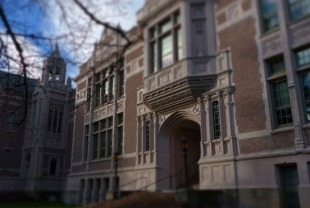 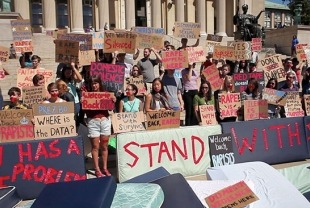 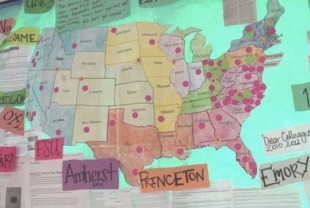