Directed by Lance Edmands
Drama about how a tragic incident in a working-class Maine town reverberates in the lives of six people.

The symbol of a bluebird as the harbinger of happiness is found in many cultures and may date back thousands of years. But in this sad and forlorn drama set during a bleak winter in a Maine mill town, it is a bringer of devastation and loss to several families.

Lesley (Amy Morton) is a middle-aged school bus driver who loves being with children. She is a conscientious worker but one January day, experiences a lapse in attention. Checking the bus before locking up, she hears a sound, looks up, and sees a bluebird inside the bus. As she watches it fly away, Lesley does not notice a boy who has fallen asleep in the back of the bus.

The next morning, she discovers Owen (Quinn Bard) who is rushed to the hospital in a hypothermic coma; he is near death. Suspended from work and criticized for her failure to do her job properly, Lesley plunges into a funk of guilt, depression, and fear about her future.

Her husband Richard (John Slattery) tries to be supportive with love and encouragement, but he has his own troubles. He works for a logging company and learns from the owner that they will be closing down soon.

Their teenage daughter Paula (Emily Meade), who is quite upset with the negative energies in her home, turns for affirmation and advice from her boyfriend Brent (Brandon Wardwell), but he has nothing to offer her. When she asks to stay at his place for a few days as a break from the tension at home, he turns her down.

Owen's working-class single mother Marla (Louisa Krause) doesn't seem very upset about his condition and plight. His grandmother Crystal (Margo Martindale), who is the boy's major caregiver, maintains a vigil by his bedside. Although Marla hires a lawyer to sue Lesley, she is also complicit in his fate; she was supposed to meet him at the bus stop for her weekly visit but forgot about that arrangement with his grandmother.

Writer and director Lance Edmands shows how one tragic incident can reverberate with power through the lives of six people in a place where both the weather and rampant under-employment have already plunged many citizens into a funk. In one of the most depressing scenes in Bluebird, Lesley visits Marla and apologizes for what has happened. She humbly asks for forgiveness but is turned away in anger. Edmands intercuts scenes where local trees are violently uprooted from the earth and dragged away. In the same spirit, Lesley's life is torn apart after spending just a few seconds away from her duty in order to watch a bluebird fly out the door of the bus. 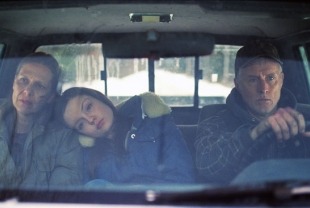 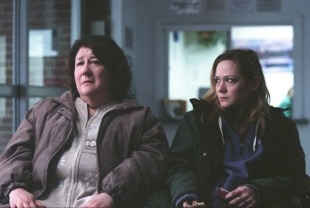 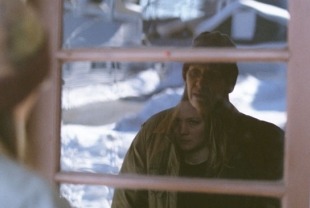