Directed by Sophie Letourneur
A French film about two lonely and sad people who are brought together by the antics of a frisky dog.

Gaby (Loilita Chammah) strolls into a small rural community with her boyfriend Vincent (Felix Moati) and some friends. They have high high hopes of having some fun. Irked by her need to sleep, he decides to leave despite her protestations of love. Gaby has a gigantic fear of being alone and immediately heads to a local bar. She convinces the men who hang out there to accompany her home. One of them tries to have sex with her but is rebuffed.

Needing someone to watch over her when she sleeps, Gaby stumbles upon Nicolas (Benjamin Biolay), a recluse who lives in a small shack with his frisky dog. He takes a walk every day with his animal companion and Gaby tags along asking him one question after another. One of her many habits that irritate Nicolas is her repeated need to squat down and urinate.

Sophie Letourneur directs this quirky parable about two lost souls who are thrown together in a rural paradise and slowly forge an emotional bond. He helps her overcome her fear of being alone in her bed at night and she loosens up the anti-social recluse who is set in his ways. Nicolas's restless dog is the matchmaker who brings them together and enables them to relax into an unconventional but rewarding relationship. 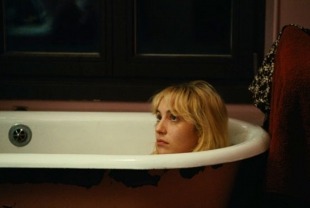 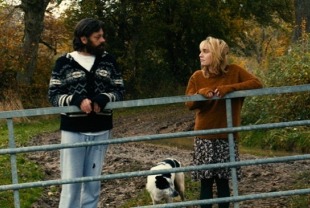