Directed by Claire Burger, Marie Amachoukeli-Barsacq, Samuel Theis
French film about a middle-aged woman struggling with all the changes in her life.

Angelique (Angelique Litzenburger) is a haggard sixty-year-old woman who has spent most of her adult life working in late-night cabaret bars in Lorraine, a city on the French-German border. While most of the men spend their time watching women doing pole-dances, it is her job as a bar hostess to get them to buy her drinks. She is tired and oftentimes so drunk that she has to be escorted up the stairs to her small room above the cabaret bar. In addition, Angelique is running short on money, thanks to the meager pay.

That is why a proposal of marriage from Michel (Joseph Bour), a former miner and regular client of hers, seems so timely and so welcome. Changing her life drastically brings a pension and a two-story brick house. Leaving behind the women she has worked with for years is very hard for Angelique who has not had a close relationship with her grown children or her 16-year-old daughter Cynthia who has been living with a foster family since infancy.

Although Michel is madly in love with her, his patience is put to the test by her constant smoking, the complicated dynamics of her familial relationships, and her refusal to have sex with him before marriage. At one point, he explodes with rage: "You're an angry drunk, mean and aggressive." Sadly, he is not too far off the mark with his evaluation of his bride-to-be. She eventually tells her favorite son (Samuel Theis) and the women at the cabaret about her fears of spending the rest of her life with a man that she does not love.

Party Girl is directed by Marie Amachoukeli-Barsacq, Claire Burger and Samuel Theis based on an original idea by Samuel Theis. In the poignant scene with her son, Angelique describes her yearning for something akin to an all-consuming passionate love relationship. He reacts by telling her that she sounds like a teenage girl. Samuel recommends that she readjust her expectations and marry Michel.

Party Girl shows how difficult it is to change our ways, reframe our romantic ideas of love, and let go of habits which have isolated us from others. If you are interested in these themes you might want to watch the DVD of Gloria, Sebasien Lelio's 2013 film about another middle-aged woman struggling with change. 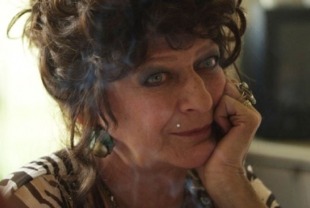 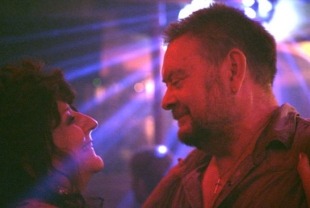 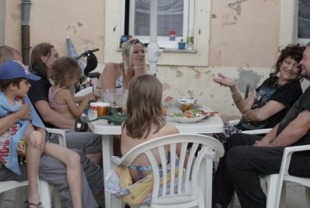