Directed by John Madden
A delightful visit with old friends and a chance to see how they are faring.

We loved John Madden's The Best Exotic Marigold Hotel and gave it an S&P Award as one of the Most Spiritually Literate Films of 2012. Although a comedy, it takes within its embrace a number of very serious, relevant, and important dimensions of the elder stage of life: the impulse to do life review, health crises, financial short-falls, disappointments, the looming prospect of death, changes in relationships, the continuing desire for companionship, spiritual openness, and the looming prospect of death. Best of all is the message that you can teach an old dog new tricks.

"Not only can you be anything you want to be, you have no idea now what you will become. Don't try to control it. Let go. That's where the fun begins."

Muriel (Maggie Smith) is quite proud of herself: she is now co-manager of the Marigold Hotel with the young and enthusiastic Sonny (Dev Patel). As cross-generational and cross-cultural partners, they have pulled off a minor miracle — the place is filled up with long-term residents and new guests who have become repeat customers.

Sonny has dreams of expansion and so he and Muriel take a road trip to California to pitch his idea of a potential franchise. They try to make their case to Ty Burley (David Strathairn) whose company Evergreen sees the elder community as an opportunity for growth. Meanwhile back at home, his fiancee Sunaina (Tina Desai) is busy making plans for their upcoming wedding. However, Sonny becomes jealous of Kush (Shazad Latif), a handsome young man who is hovering around the bride-to-be and seems interested in the hotel business as well. This puts a strain on his relationship with Sunainia. Equally draining is the arrival of Guy Chambers (Richard Gere) whom Sonny is convinced is a hotel inspector evaluating his operation for Evergreen. This guest proves to be an enigmatic presence in the hotel and surprises everyone when he romances Sonny's mother (Lillete Dubey).

The elders we met in the first film were tourists in India. Now they are residents busy creating meaningful lives for themselves. Douglas (Bill Nighy) has patched together two jobs — running a bike shop and working as a tour guide. But he is still trying to figure out how to express his love for Evelyn (Judi Dench) who has just been offered a whole new career acquiring fabrics for a large apparel company. Will she take this bold step and can it fit with Douglas's desire for a life-together-in love?

Love and loneliness still plague Madge (Celia Imrie) who has two new wealthy suitors but seems more intrigued by her driver Babul (Rajesh Tailang). Meanwhile, Norman (Ronald Pickup) and Carol (Diana Hardcastle) run into some bumps on their way to a committed relationship with each other.

John Madden directs this sequel to The Best Exotic Marigold Hotel by paying close attention to the fragmented nature of the story which involves so many different characters. In total, they offer a kaleiscopic view of the many forms of love as this improvised family comes together to support Sonny and each other. The drama concludes with a festive Indian wedding with lively music, dance, and song. Maggie Smith's touching coda in a letter from Muriel underlines the themes of the movie and proves to be good medicine for the soul. 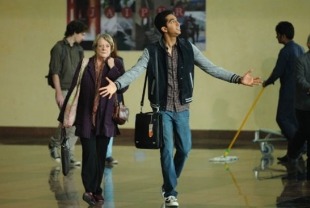 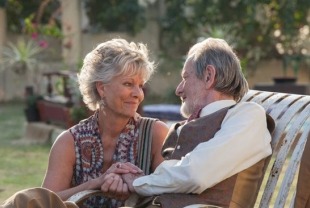 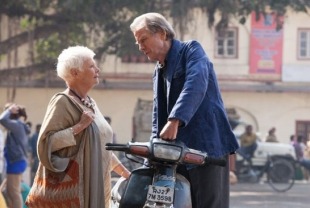 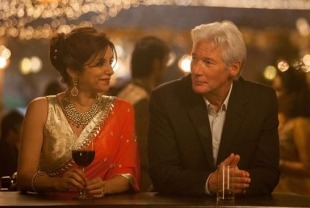 PG - some language and suggestive comments