In the Name of My Daughter

Directed by Andre Techine
A French thriller revolving around the theme of betrayal by those you trust.

Agnes (Adele Haenel) is the rebellious and independent daughter of Renee Le Roux (Catherine Deneuve), the widowed owner of the Palais de la Mediterranee on the French Riveria. She returns to Nice with hopes of turning her life around. Agnes is very athletic and loves to swim. She and her mother are implacable enemies, thanks to Renee's controlling nature and her daughter's stubborn individualism.

Agnes catches the eye of Maurice Agnelet (Guilluame Canet), a lawyer who has wormed his way into the position of Renee's personal advisor. He has high hopes of becoming the managing director of the casino but she choses another man. Agnelet decides to help Agnes get the three million dollar inheritance her mother has refused to give her. In return, she will vote against her mother. This opens the door for Mafia wheeler dealer Fratoni (Jean Corso) to take over the casino's operations.

Although Agnelet is briefly responsive to the passionate affair with Agnes, he is dating another woman on the side and has a wife and son as well. She turns him on but he drops her cold when he gets what he wants financially out of Agnes. She is briefly fulfilled running a little bookstore but plunges into despair when it becomes clear that Agnelet has no intention of running away with her. Instead, after a bungled suicide attempt, Agnes disappears. Her mother, having lost everything, takes on a 30-year crusade to prove that Agnelet killed her daughter or had her killed by someone else.

Andre Techine (My Favorite Season) is an accomplished French film director whose specialty is character-driven stories that convey the complex mysteries of the human heart. At the hub of In the Name of My Daughter is the pervasive theme of betrayal by people you trust. It runs like a virus through the characters as Renee betrays Agnelet, Agnes betrays her mother, and Agnelet, in turn, betrays Agnes.

The most out-of-the-box performance is given by Adele Haenel as the casino heiress who, like her mother, is unlucky in love and unable to make things happen for herself once she has the inheritance she has wanted for so long. There is passion in her soul, a evidenced by a wild dance she performs using a record of African drum music. 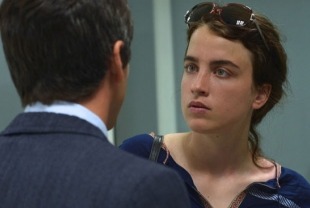 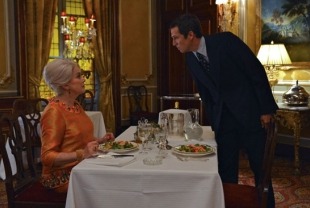 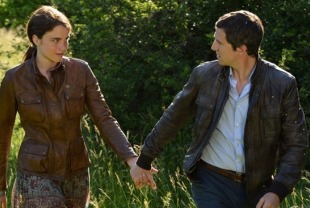