Directed by Stephane Demousteir
An exploration of the ethical disarray in the lives of an unemployed father and his 11-year old son who dreams of making it to the big time as a tennis pro.

Being a winner looms large in the Western world — not only in America but in European countries like France as well. Nowadays doing wrong to get ahead manifests itself in many ways: resumes that are filled with falsehoods; widespread employee theft; sports stars using steroids; reporters fabricating stories; and financial firms trying to get away with unfair practices.

Writer and director Stephane Demousteir in collaboration with Gaelle Mace (who co-wrote Central Station with Rebecca Zlotowski) explores the ethical disarray in the lives of Jerome Sauvage (Olivier Gourmet), a middle-aged sales manager, and his 11-year-old son Ugo (Charles Merienne), who has been told by experts that he has a chance of becoming a world-class tennis champion.

After being fired from his job as a manager at a chain store, Jerome refuses to follow-up with a head hunter and gets caught up in the idea of opening a fancy shoe emporium where he would be the boss. Jerome is at this point ready to do anything it takes to succeed. That is why he has no qualms about posing as an inspector in order to examine the sales legers of a possible competitor. On the other hand, Jerome finds genuine delight just walking through strip malls filled with merchandise. But when his business plan is rejected by a large firm, he is hit at the same time by another defeat: his wife Laura (Valeria Bruni Tedeschi) makes up her mind to leave him and Ugo for life with another man.

When Ugo is recruited by a trainer (Jean-Yves Berteloot), he and his father start dreaming about a new life together with Jerome as his coach. But everything rides on the boy winning three matches. The pressure is immense.

The surprising finale to 40-Love shines a light on the slippery slope that leads to widespread wrong-doing in the name of getting ahead or becoming a winner. Olivier Gouret and Charles Merienne could not be any better as the father-son team whose mettle is tested in the closing sequences of this engrossing French film. 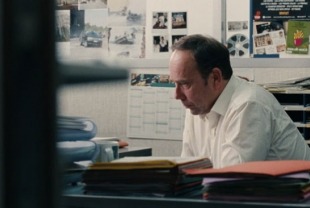 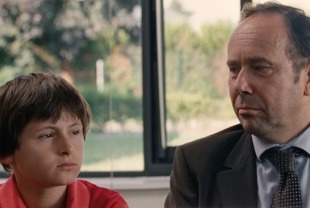 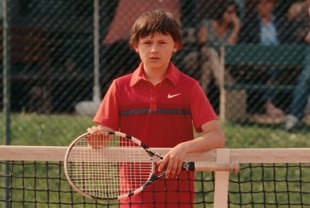