Directed by Marielle Heller
A bold and unconventional portrait of a teenager who at 15 finds herself caught up in a surge of sexual experiences and emotions.

Minnie Goez (Bel Powley) is a talented comic book artist who at 15 years of age laments the fact that she is still a virgin. It is the mid-1970s and the sexual revolution is underway along with the media coverage of the kidnapping of Patty Hearst. A tide of complicated emotions swirl through Minnie's body and mind. She begins keeping a diary in which she reveals her disappointments, fears, and yearning for intimacy in a meaningful relationship.

Her mother Charlotte (Kristen Wiig) is not the best role model for Minnie and her younger sister Gretel (Abigail Wait); she is divorced from her children's stepfather Pascal (Christopher Meloni) and dating Monroe (Alexander Skarsgard). These adults are just going with the flow and improvising their lives along the way. Monroe has dreams of retiring at 45 and sailing around the world. He is a laid-back bohemian who succumbs to his urges to have sex with Minnie even though he knows it is wrong. Once she has experienced intercourse, the teenager becomes obsessed with it.

Writer and director Marielle Heller has adapted Phoebe Gloeckner's work which has been called a hybrid between a conventional and graphic novel. She draws out a poignant performance from Bel Powley as she glides between scenes where she comes across as a child and others where she seems like an adult. She also shuttles between being an innocent and a young hedonist.

Heller refuses to moralize about Minnie's experiences and each moviegoer will have to come to his/her own assessments of all the boundary breaking events in this bold tale. It which manages to affirm sex while at the same time depicting its inadequacies as a healing balm for all our woes. It is refreshing to see another film focused totally on female adolescence in an era when so many stories about young men dominate the multiplex. 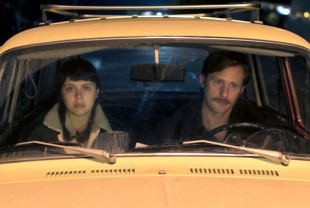 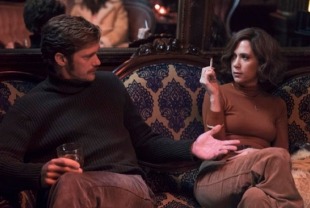