Directed by Charles Poekel
A realistic and revealing portrait of a lonely young man selling Christmas trees on a street corner.

— Emotions from their song "What Do the Lonely Do At Christmas"

Noel (Kentucker Audley) is spending another Christmas selling Christmas trees on a street corner in Greenpoint, Brooklyn. He is from upstate New York and has been doing this month-long gig for five years in a row. Noel works the night shift and is not happy with the young couple who handle the day shift; they take too long on breaks and don't take any pride in their jobs. He knows the exact name, measurements, and nurturing needed by each and every tree in the lot.

This year Noel misses his girlfriend who worked with him on the lot. He keeps busy with customers like the one who takes pictures of him with his phone standing in front of a prospective Christmas tree: this way his wife can make her choice without being there.

One evening Noel does an act of kindness for an attractive young woman named Lydia (Hannah Gross) who has passed out on a bench. Noel carries her to his trailer and she sleeps the rest of the night. In the morning, she barely thanks him and exits. Later, she returns with a pie that she has made him in gratitude for his good deed.

A vivacious woman named Jane (Andrea Suarez Paz) is very much taken with a wreath Noel made. He promises to personally deliver her the Christmas tree she purchased. Thankful for his delivery, she gives him a tea flower as a gift. His trips out into the city only reinforce Noel's loneliness.

Christmas, Again marks the debut of writer and director Charles Poekel. He has fashioned a realistic and revealing portrait of young man in transition; he doesn't feel at home in the city or in upstate New York. When he reaches out to Lydia again, he gets decked by her jealous boyfriend who finds out she spent the night in his trailer. Unlike the tea flower which blooms rather quickly, Noel is a slow bloomer who eventually will come into his own, finding both the right place and the right woman for him. 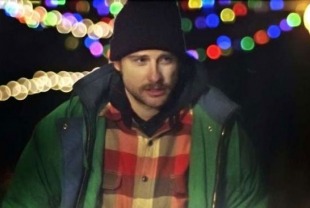 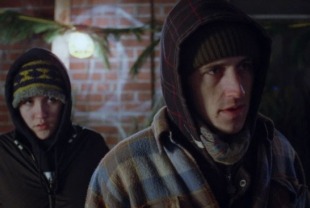